By David Fleet
Editor
Ortonville- It has been 75 years, but Dane Guisbert still recalls the remains of the buildings in Japan following World War II. 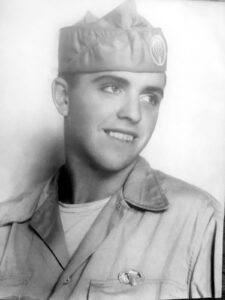 “In the cities the buildings were made out of reasonably stable (materials) wood, but a lot were made of bamboo,” said Guisbert, 94. “Some of the people were destitute and some not so bad. A lot of their buildings were burned. When they drop bombs We did not any fighting when we got to Japan, they quit we quit too.”
Three years, eight months, and seven days had passed since Japan bombed Pearl Harbor. Then at 7 p.m., Aug. 14, 1945, President Harry S. Truman called reporters to the White House for a special announcement. He read a statement from the Emperor of Japan which announced, “The unconditional surrender of Japan.”
—World War II was over.
On the 75th anniversary of the end of WWII—local resident Guisbert shared last week and during a 2007 interview with The Citizen, on his rather unique experience as one of the first American soldiers to in Japan mainland after the war had ended.
Guisbert, a native of Cass City, was drafted in the Army about a month after graduation from high school in 1944. After basic training at Camp Hood, Texas, he was shipped west to Fort Ord, Calif. The fort closed in 1994. “We shipped out heading west toward the South Pacific in December 1944, said Guisbert. “We bypassed the Hawaiian Islands and past New Guinea to Leyte in the Philippine Islands our ship was pretty fast and we sailed alone without escort. They told us we could outrun a submarine.”
In January 1945, Guisbert was assigned to the 11th Airborne Division and walked patrols in the northern sections of Manila in the northern area of the Philippines. 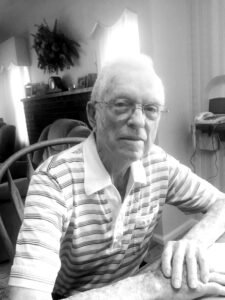 “The Marines had the island pretty much under control,” said Guisbert. ‘There were just a few pockets of ‘Japs’ in the mountains. It was somewhere on those hills that I was hit by shrapnel from a ‘Jap’ Mortar it hit me just below my knee. I was never really scared. You’re just so busy you just keep moving, then you get pinned down and the shooting really starts.”
In the spring of 1945, in preparation for the American invasion of the Japanese mainland, Guisbert volunteered for paratrooper training at the U.S. base now well established in the Philippines.
“The first jump was not so bad, you just didn’t know what to expect,” he said. “They start you out at about 1,200 to 1,000 feet above the ground ultimately you jumped at about 700 feet above the ground. There was no need to wear an auxiliary parachute it wouldn’t do you any good. You’re on the ground real fast. The idea was, in a combat landing, just get on the ground as fast as possible less opportunity to get shot.

The need for Guisbert to jump into combat ended in the late summer.
On Aug. 6, 1945, the nuclear weapon ‘Little Boy’ was dropped on the city of Hiroshima, Japan, followed on Aug. 9 by the detonation of the ‘Fat Man’ nuclear bomb over Nagasaki. The Japanese surrendered on Aug. 15. Just two weeks later, Guisbert, along with about 800 troops part of the 188th battalion flew into Okinawa then on to Atsugi, on the Japanese mainland.
“We ended up at a military base in Sendai, Japan in September 1945,” said Guisbert. “Our mission was to go out in the countryside and recover all the weapons we could from the citizens of Japan. The local residents would turn their backs on you. It seemed funny, but it was a sign of respect, we were told. We could see places where bombs had exploded and damage that had occurred to buildings. Much of the area was burned out, since many of the buildings were made from pine and paper.”
Guisbert remained in Japan until March 1946, when he returned home and married Elizabeth (Butler) in Cass City. He reenlisted in the Army three months later, and returned to Japan until his discharge in June 1947. The Army awarded Guisbert a Purple Heart and Bronze Star for his service to the country. Guisbert returned to Michigan, where he worked for Fisher Body Coldwater Plant in Flint until his retirement in 1988.
On April 27, 2020, Dane and Elizabeth celebrated 74 years of marriage.