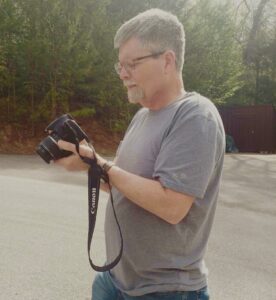 Steven was born December 27, 1954 in Rochester, Michigan to the late Edwin and Hazel (nee: Plassey) Huck.  He married the former Phyllis Snider on November 4, 1983 in Pontiac, Michigan.  He is survived by his loving wife of 38 years, Phyllis Huck; three daughters, Renee (Steve) Caldwell, Angie (Rich) Gajewski and Jodi Huck; “The Boys”, Nate and Austin Snider; Poppy of Logan Caldwell, Jayce and Ayla Gajewski; two sisters, Gail Simpson and Cher Hancock.  Steven retired from Parke-Davis Pharmaceuticals.  He was an avid camper, who loved boating, motorcycles and photography.   He also enjoyed fishing.  He was known to “have the best lawn in Ortonville” The family would like to extend their appreciation to the caregivers at the Randall Residence and to Careline Hospice Group for their kind and gentle care.   Arrangements were entrusted to VILLAGE FUNERAL HOME, 135 South Street, Ortonville, Michigan.   In lieu of flowers memorial contributions may be made to the Lewy Body Dementia www.lbda.org  or by planting a tree in Steven’s memory by going www.villagefh.com