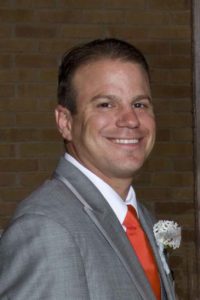 Beloved Husband of Roxanne; devoted Father to his black lab “Bear”; loving Son of Carol (the late David) Heinemann and Son-in-law of Cherry (the late Greg) Nystrom; Brother of David (Theresa) Heinemann and Megan (Ryan) Haverland; Brother-in-law of Charity (Chris) McCoy; proud Uncle of Evie, Veronica, Lucia, David, Stella, Henry, Madison and Colin. Adam was born to David & Carol (Camaiani) Heinemann in Royal Oak, MI on June 30, 1978. He graduated from Brandon High School and earned a scholarship to play soccer at Oakland University where he earned a Bachelor Degree in Marketing. After college, Adam continued his playing career in the USL Premier Development League playing for the Michigan Bucks and Detroit Dynamite. He married Roxanne Nystrom on July 12, 2008. Adam was an avid University of Michigan fan. He spent a great deal of time traveling with Roxanne, playing soccer, golfing and spending time with his friends and loved ones at their cottage up north. Adam worked in the industrial automation industry for many years and had recently started a new career in electrical supply distribution as a Vice President of Finance. Adam was genuine, loyal and had an incredible wit and sense of humor. He had the gift of lighting up any room he was in. He will forever live in our hearts. A Funeral Mass was held Wednesday October 23, 2019 at St. Daniel Catholic Church, Clarkston. Memorial donations may be made in Adam’s honor to the Michigan Humane Society. Online guestbookwww.wintfuneralhome.com