Fourth of July cool down 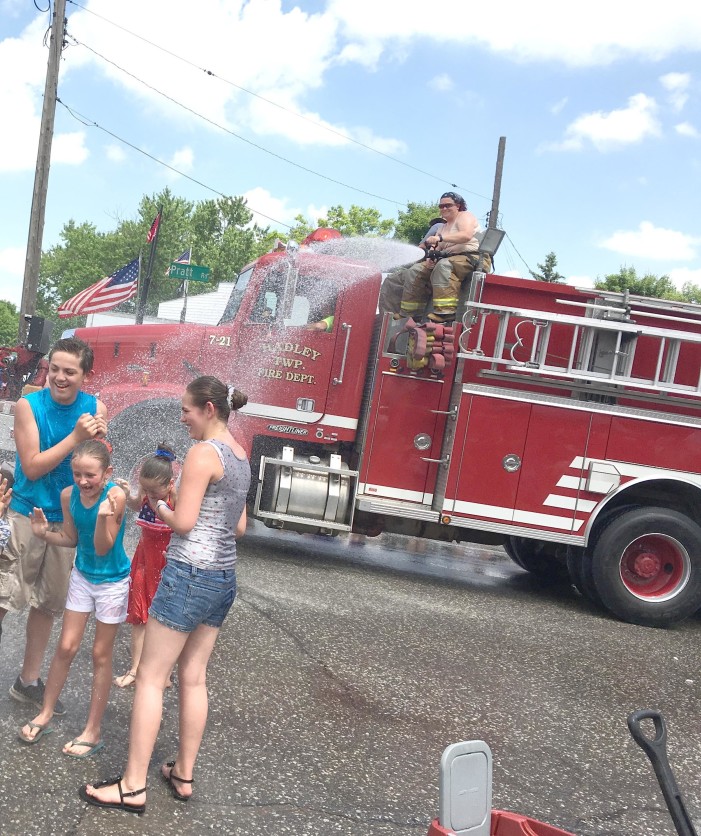 PERRY KENNETH MARTIN of Ortonville; died July 5, 2018.  He was 73.  Born in Fort Wayne, Indiana on November 19, 1944 to the late Neil and Mary (nee: Screton) Perry.  He is survived by two sons, Richard (the late Charlene) Perry and David (Diane) Perry; six grandchildren, Shelby, Kyle, Kalvin, Devon, Abigail and Allison; one […]

Letters to the editor July 7

By Shelby Stewart Staff Writer After 16 years in the Brandon School District, Harvey Swanson principal Andy Phillips accepted a position in the Traverse City Area Public Schools as the curriculum director, starting July 9. “I just finished my 16th school year in Brandon,” said Phillips. “I was hired right out of college, so Brandon […]

By Shelby Stewart Staff Writer Today Kaydence Schudlich wares a crown thanks to a rabbit named “Mocha.” On June 28, Schudlich was crowned Oakland County Rabbit Princess thanks the 2-year-old English Lop rabbit that tips the scale just under 13 pounds. “The rabbits that don’t bite and let you hold them do the best,” said […]

By Shelby Stewart Staff Writer On July 14 at the Brandon Township Community Park, the annual Art in the Park Movie Night will start at 1 p.m. “Enjoy the park, get out, do a little running,” said Parks and Recreation Director Fred Waybrant. This year will feature the classic car show at 1 p.m. and […]

Bauer, Richard (Rich) Warren   died on June 30 at Genesys Regional Medical Center in Grand Blanc, Michigan.   He was 83. He was preceded in death by his beloved wife of 35 years, Catherine (King) and his parents. He is survived by his two daughters, Debra Kelleher (and Jack of West Dundee, IL) and Donna Richards […]