NOTICE OF PUBLIC HEARING The Village of Ortonville will conduct a public hearing on Monday, January 28, 2019 at 7:00 p.m. or as soon thereafter as may be heard in conjunction with the regularly scheduled Village Council Meeting The purpose of the hearing is for the Village Council to receive comments prior to deciding whether […]

By Shelby Stewart Staff Writer Brandon Twp.- At the Monday night regular meeting, after some deliberation, the township board appointed all of the trustees to subcommittees for the next two years. Clerk Candee Allen was appointed to the Lake Louise board; Treasurer Terri Darnall to the fire authority board; Trustee Dana DePalma to the Retirement […]

By Shelby Stewart Staff Writer The Brandon Groveland Youth Assistance is seeking nominations for their annual Youth Recognition Night. “Brandon Groveland Youth Recognition is a special time when we get together to publicly thank the youth from our community for their volunteerism, involvement and hard work,” said Fran Hotchkiss, Brandon Township Library outreach liaison. “The […]

By Shelby Stewart Staff Writer The Brandon School District has a new police liaison officer. Deputy Mike Taylor, an officer with the Oakland County Sheriff’s Office Brandon substation for the past two years, has taken over the position from Detective Rich Hubble, who is now full time in the detective bureau. The change comes after […]

Voice of Democracy: Why My Vote Matters

by Haley Hicks For over a decade, I’ve marveled at the abilities of adults. Their seemingly endless options and privileges mesmerized me, as they drove their own cars and bough their own groceries. Yet, as I myself grow older and take on more of these tasks each day, they become exceedingly mundane, tedious and somewhat […] 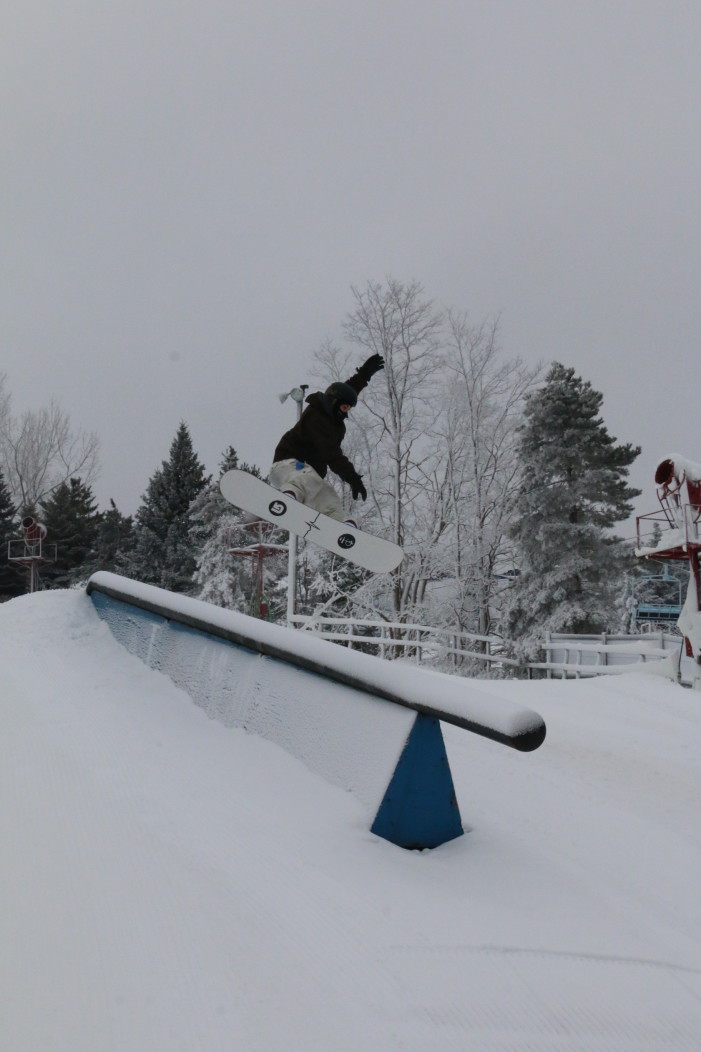 Mark Weber finds some air on his snowboard at Mt Holly Jan 2.  Weber along with others took advantage of some mild early January weather in Southeast Michigan. Photo by Patrick McAbee.

July ‘Vive la France! Goodrich teachers join World Cup bash’ It seemed like a good idea at the time. Last March three Goodrich teachers realized they would all be in Paris at the same time—so hanging out for a day in the French city was just the right thing to do. “My wife purchased a […]

Notice of Small Urban Program Public Meeting for the Residents of the Goodrich-Ortonville Area The Genesee-Lapeer-Shiawassee Region V Planning and Development Commission (GLS Region V) will be holding a Small Urban Program meeting. You are invited to participate in this meeting to be held on Tuesday, January 22, 2019 at 2:00 p.m. at the Old […]