‘You can’t take it with you’

By Shelby Stewart Staff Writer The general premise of “You Can’t It With You” is that money won’t follow you when you go. Find out if all that’s true as Goodrich High School showcases their performance of the play written by Moss Hart and George S. Kaufman next week. “It’s a classic comedy,” said Director […]

Letters to the editor April 14

A well-regulated militia Dear Editor, I’d just like to take a moment and thank the people who have written in to “The Citizen” recently supporting my views on the subject of Gun Control. Thank You Ken Davis Sr., Lisa Ksiazek, Walt Dilfer and Scott Bills. My apologies if I missed anyone else. Your support and […]

A diploma for mom 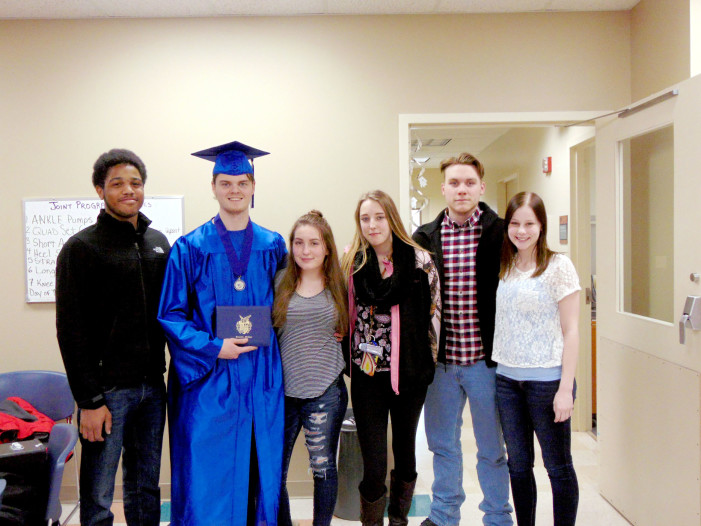 From left: Julien Williams, Adam Burns, Kalie Cunningham, Taylor Brooks, Bailey Brooks and Natalie Pitylak. Adam’s close friends came to celebrate his graduation with him. Photo by Shelby Stewart. By Shelby Stewart Staff Writer Since 2009, Adam Burns describes his life as going down hill. His parents divorced in 2010, following that his family had […]

Letters to the editor April 7

Thank you Dear Editor, We would like to say a special thank you to the Village Funeral Home and staff for the wonderful job they did for us on our father James King’s funeral. Not only were they professional, Mr. Langolf was so caring and compassionate with my mother and us during our grief. Your […]