A potpourri of thoughts 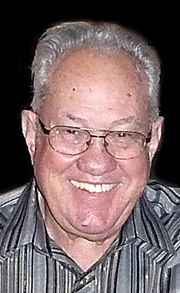 In my more than 65 years of writing columns, etc., for our weekly newspapers, I don’t remember ever using the word “potpourri.” Now that I know what potpourri means, expect to see it in future Jottings. I’m going to use it as a mixture of thoughts and topics. I’ve been using every possible moment to […]

You know, I was moving along swimmingly. And, while not ahead of the curve, I was at least riding the wave’s crest in understanding. I was getting it! It of course being the whole sexual identity thing. Just like the old Virginia Slim’s ad campaign touted, I’ve come a long way, baby! Then, what […]

Dirty feet, no guarantees and love

The past week was one for reflecting, sharing loss, and for sending love through time and space to those who need.* * *A Clarkston family lost their little four year old child. Suddenly he was gone. Their lives forever changed. Sadness. Anger. It ain’t fair. Numbness. The little guy was a bundle of energy, inquisitiveness, […]

By Don Rush Sometime over the weekend I got an e-mail from Michigan Congressman Mike Bishop (R) Rochester. He was polling Michiganians about — well here is what “he” wrote and e-mailed: “Friend, America has moved into an age of technology that would have been unimaginable just a few decades ago. The recent dispute between […]

Damn the ‘pingage’ I want to be free! Unplug on Friday

By oxford_leader on March 1, 2016   Don't Rush Me, Local Columnists, Uncategorized

By Don Rush Technology is a grand thing. It’s cool. It’s clever, flashy and it is, in fact, addicting. Truth be told, I am guilty of just leaving that giant, all-consuming social life-sucker Facebook on, on my computer whilst I work here at work. It’s always there, lurking in the background, waiting to update me […]

Don’t Rush Me: So, how does ‘the media’ influence kids?

By Don Rush I am working on, and I have to admit it, an extremely AWESOME column for next week (the first week in March). It is so spectacularly wonderful, I started it yesterday but it won’t be ready ‘til after this week’s deadline. So, instead of giving you something slipshod like, hurried together to […]

Don’t Rush Me: Midwifery is her lifery

By Don Rush I have a great job. I find most people interesting. I mean, we all have our stories, our pasts, our dreams and everything when mixed together makes us uniquely interesting. And, then there are some folks I find intriguing. One such person is Clarkston’s Wendy Pinter, 41. Pinter, mom to three, United […]