Werner Charles (Chuck) Maki, 86, of Goocrich, Michigan passed away on October 26, 2022 at home surrounded by his much-loved family 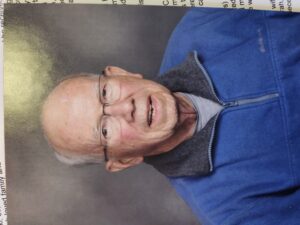 and friends, after a long and hard-fought battle with Parkinson’s.

Chuck was born in Farmington, Michigan on December 28, 1935. After high school he received his bachelor’s from Central Michigan in 1958 (after stints at University of California, University of Florida and University of Nebraska – not necessarily in that order). He was a physics teacher for 32 years, 30 of those at Grand Blanc High School. He met the love of his life, Barbara, at Central in 1956, marrying her on June 11, 1960 after a quick four-year courtship (the Maki men like to take their time making decisions!). In 1969 they moved their young family to Goodrich, where they have lived ever since in a house that Chuck built. That was also when they joined Goodrich United Methodist Church, where Chuck sang in the choir, taught Sunday School, and was an active member of the United Methodist Men.
He was a man of many talents, and the rare example of jack of all trades, master of most (plumbing being the exception, and his most hated chore, as evidenced by the backwards hot-and-cold taps in their house up north). Chuck loved a project, and loved to help others complete theirs. He loved his old cars, and enjoyed nothing more than taking people around for a ride in the Model T he built. When he wasn’t working on old cars, he was building new furniture: bookshelves, rocking chairs (and rocking horses!), tables, dressers, beds, cradles…the list could go on.
Chuck also loved traveling – as a young family he, Barbara and the kids road tripped to California, Alaska, New Mexico and all the stops in between, and after retirement he and Barbara made it to Europe twice. The summers they didn’t pile everyone into the Suburban to drive across the country, they always spent at their cottage on Bois Blanc Island up in Lake Huron, where they welcomed friends and family alike for relaxing porch sitting and sauna nights. Nobody came out of the sauna with pinker cheeks than Chuck!
Other favorites of Chuck, in no particular order: anything sweet (especially Barb’s pies) – he didn’t like to leave the dinner table without dessert; a pun or goofy joke (especially if it elicited groans or eye rolls); movies (especially bad movies, ESPECIALLY cheap VHS bargain bin bad movies). His “African Peach Pie” joke goes with him as he leaves us, and will be the one thing we won’t shed a tear over.
Chuck was preceeded in death by his parents and sister Avis. He is survived by his wife Barbara (his ‘Barbie’), sons Eric (Lorinda), Kirk (Lisa), and Gary (Karrie); grandchildren Sarah, Ethan, Matthew, Scott and Liesel; brother-in-law Vern Nelson; and many more cousins, nieces and nephews.
Visitation will be at Goodrich United Methodist Church on Friday, November 4, 2022, 4-8 p.m. and Saturday, November 5 at 10 a.m., with a memorial service at 11 followed by a luncheon. In lieu of flowers, please donate to the Goodrich United Methodist Church “Raise the Roof” fund on his behalf.