JONES, CYNTHIA ANN of Goodrich, Michigan a loving wife, mother, grandmother passed away May 1, 2021. At the age of 73. 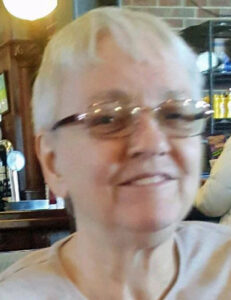 She bravely weathered a 4 year battle with cancer, with a smile and a positive attitude. Born on January 12, 1948, in Battle Creek to Charles and Dorothy (nee: Oxby) Horn, where she spent her early years and enjoyed a close extended family. Family remained very important to her for her entire life. When her family moved to Flint, she attended Flint schools and graduated from Flint Northern in 1966. Cindy attended the University of Michigan-Ann Arbor, graduating in 1970. Later in life she added an MBA from U of M-Flint. She was united in marriage to William M. Jones in Olivet, Michigan on January 10, 1970. They resided in Flint and Cindy began her teaching career in the Flint School District. They later moved to Goodrich in 1993. She was a Girl Scout leader and a lifetime member. She really loved scouting, whether it was cookie sales, camps, Pumpkin Fest or trips to Savannah, Georgia. An avid reader, she was a member of Goodrich Friends of the Library and spent many hours volunteering at the book sales. She is survived be her loving husband of 51 years, William M. Jones; one daughter, Dr. Melinda (James) Vokoun; two grandchildren, Isareen and Cael Vokoun; one brother, David (Thelma) Horn; brother and sister-in-law, Robert and Judy Jones. Also by many nieces and cousins. Memorial contributions may be made to Girl Scouts of Southeastern Michigan 1333 Brewery Park Blvd. #500, Detroit, MI 48207 or charity of your choice. Arrangements have been entrusted to Village Funeral Home 135 South St., Ortonville, Michigan. To send a condolence to the family go to www.villagefh.com