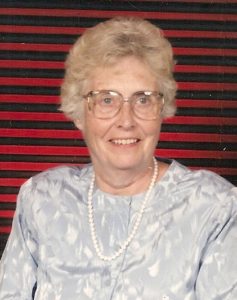 Esther was a loving wife, a beloved mother, and a devoted educator. A graduate of Central Michigan University, her career spanned decades; she taught children in the Howell, Pontiac, and Brandon Township school systems.

She was a member of the Seymour Lake United Methodist Church and was interred in the Seymour Lake Cemetery on July 9.  A celebration of Esther’s life will be held at a later date. Arrangements were entrusted to VILLAGE FUNERAL HOME-ORTONVILLE.

Remembrances may be made to the Brandon Township Public Library or to the Edna Burton Senior Center in Ortonville.  To send a condolence, go to www.villagefh.com