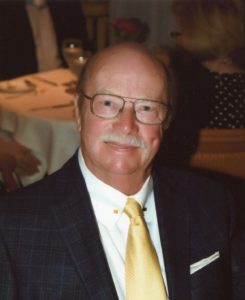 Born October 28, 1940 in Detroit, Michigan to the late Herbert and Wilma (nee: Morris) Holstein. Herb married the former Ginger Starr in 2003 at the Ortonville United Methodist Church.  He is survived by his loving wife Ginger; his two favorite step-daughters, Heidi (Robert) Fletcher and Erika (Wayne) Mohney; and was a devoted grandpa to Michael and Peter Deaton, Trenton and Camdyn Fletcher; also the late Spencer and MacKenzie Frechette. Many nieces, nephews, brother inlaws and sister in laws also survive. Mr. Holstein had retired from General Motors after 38 years of service. Most of his career having been spent at the Milford Proving Grounds. Funeral service will be 10:00 a.m. Friday, August 23, 2019 at VILLAGE FUNERAL HOME, 135 South St., Ortonville with Pastor Brian Johnson, officiating. Interment at Davison Cemetery with Military Honors following. Family will receive friends on Thursday from 3:00 p.m. until 8:00 p.m. Memorial contributions may be made to American Diabetes Association. Envelopes are available at the funeral home.  To send a condolence to the family go towww.villagefh.com

One Response to "Herbert Holstein"