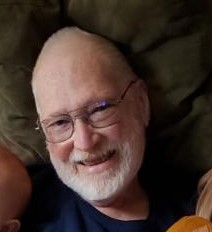 Joel came to MI in 1977 to work at AMRC (which later became Quest Diagnostics Laboratories) and has worked in the medical laboratory field since then. He started out working on the bench and has been a Manager and a Director of laboratory services at some of the places he has worked.  He retired from Covenant Hospital in Saginaw due to the cancer.

He loved West Virginia college basketball and football, the Goodrich United Methodist Church, cooking, nature and nobody could beat him at Trivial Pursuit. Joel also had a deep love for the community and was involved in the Goodrich Boy Scout program for many years. He was a true family man, with an amazing sense of humor and loved by everyone who knew him.

Joel did not want to be mourned, he wanted all who knew him to come together and celebrate the good memories. He wanted to leave a legacy of laughter and smiles.

In lieu of flowers, Joel wished that donations be made to the Goodrich United Methodist endowment fund.