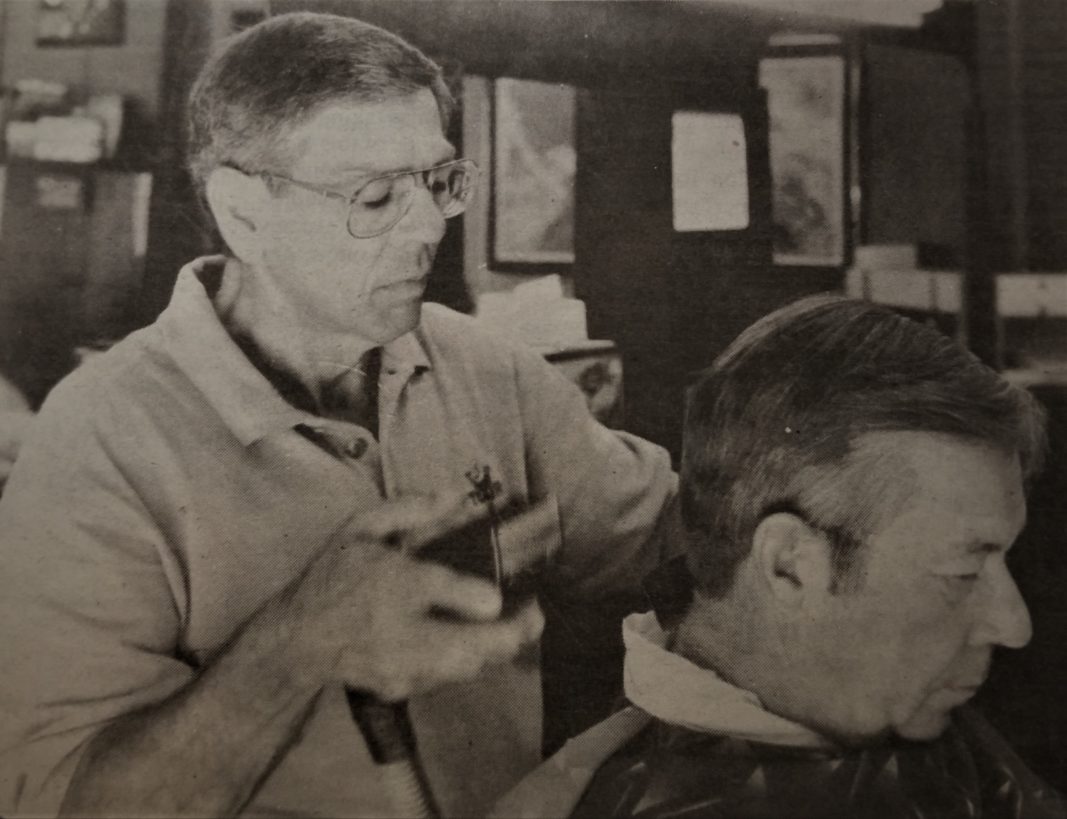 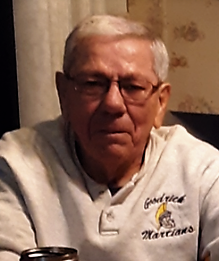 He was 79.
A staunch supporter of Goodrich and Ortonville youth and of local businesses, Ken owned and operated Ken’s Barbershop in downtown Goodrich for over 30 years. He retired from the barbershop in 2010.
Ken was born on December 3, 1940 in Lapeer to the late Carl and Bonnie (nee: Smith) Seames. He was a 1958 graduate of Lapeer High School. After graduating, Ken enlisted in the United States Army and stationed in Okinawa. He served honorably from July 30, 1958 to July 27, 1961. Ken married Sharon Siembida on Nov. 19, 1977 in Detroit, Michigan. Ken was a barber in Oxford until 1978, then looking for a fresh start in a small, tight-knit community, he opened Ken’s Barbershop. The barbershop was known as a local hangout for both young and old in the community. People would come in simply for a cup of coffee, or a beer and conversation. He was leaned on by many for sage advice and support. He had a knack for remembering names, and remembered everyone who came through his shop’s doors.
“After he retired he really missed the people more than anything,” said Scott Seams, his son. “He missed the gossip in town, and in any town for that matter. When they turned the open sign around and closed for the day, there would be a cool beer opened for those gathered in the shop.. It was an open door policy in there. People wouldn’t come in there for just a haircut—they would also come in for a cup of coffee in the morning.”
Ken loved his high school sports in town, recalled Scott
“Dad had a tough camaraderie between the Goodrich and Brandon boys and the M-15 rivalry. He loved those boys and looked forward to the Friday when they would come in for haircuts before the games. Then on Saturday afternoons, the shop would close and he’d head to the golf course. He had his golf cart parked behind the barbershop.”
Doug Moors was a dear friend and staple in the barbershop.
“Doug’s varsity coat hung in the backroom for many years,” said Scott.
“He loved his country more than anything—was proud of it and that he served in the military,” he said. “He was also not afraid to express his opinion.”
Ken loved golf, sports, watching birds and squirrels play and was known as a staunch conservative. He is survived by his wife, Sharon of Atlas, son Scott Seames of Atlas and daughter Kelly (Jay) Buchheit of Chicago. One sister, Susan (John) Brown of Fenton; one brother, Carl “Dutch” Seames of Burton; one stepsister Sandra (Clark) Davis of Lapeer; sister-in-law Marilyn Seames, of Lapeer; also survived by many nieces, nephews and friends. He was preceded in death by one brother, Tom Seames; one sister, Betty (Bob) Carls; sister-in-law Lee Seames and his beloved dog, Parker.
Funeral service will be at 11 a.m. Monday, January 27, 2020 at St. John the Evangelist, 404 N. Dayton St., Davison, MI. Family will receive friends on Sunday from 2-8 p.m. at Village Funeral Home, Ortonville and after 10 a.m. at the church. Interment will be at Great Lakes National Cemetery, Holly on Tuesday, January 28, 2020 at 1:30 p.m.  Memorial contributions may be made to the American Legion or the American Lung. The family would like to thank the staff at Ascension Genesys Hospital. To send a condolence to the family, go to www.villagefh.com