Kerry Edward Konzer of Holly, formerly of Ortonville, passed away unexpectedly on July 6, 2021. 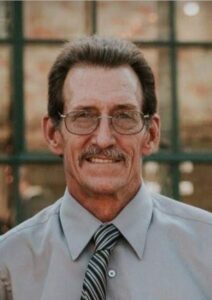 He was 65.
Kerry was born Oct. 15, 1955 in Pontiac to Edward and Patsy Konzer (Boyer). Kerry is survived by his loving wife of 29 years, Barbara Jean Konzer (McGoldrick), as well as his mother; two younger siblings, Kim (Eileen) and Kyle (Angela); his three nephews (Cale, Cannon, Cason); three nieces (Kati, Chloe, Jesse). He is preceded in death by his father.
Kerry was a co-owner of K&K Maintenance; the family business he began working at in 1969. Kerry loved his vehicles, and was particularly fond of his Corvette, Harley Davidson, GTO, and Jeep.
A memorial will be held for immediate family. In lieu of of flowers, the family asks to make a donation to the charity of your choice.

One Response to "Kerry Konzer"