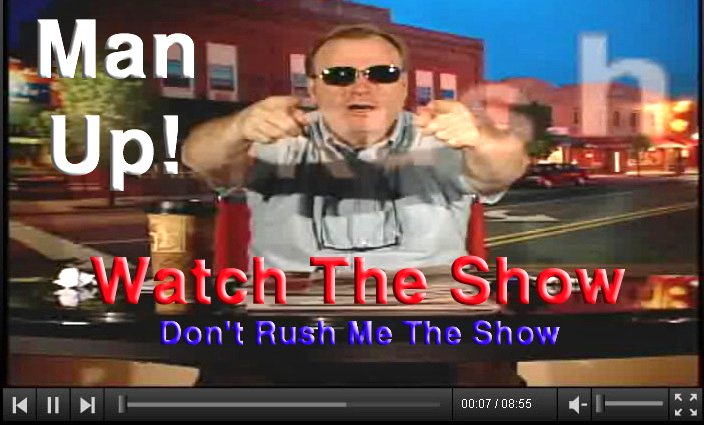 Yeah, I know I’m not the sharpest bulb in the box, nor the brightest knife in the kitchen, but gosh-darn-it I never thought I was so dull. The last few weeks have tested my confidence in my sticktoitiveness and the deductive reasoning which has helped me, lo, these many years.

Don’s Case Against Himself,
Exhibit A
I have thrown out two, relatively new hand-crank can openers. Gone. Pitched with terminal velocity into the garbage can two can openers which should have worked. What’s up with that?
I have never had any issues with those crank can openers. Put on the edge, crimp it down, the round blade punctures the can, crank and viola! Contents of said can ready to pour into the pan. Up until a couple of months ago, I have used — with great skill and dexterity — a crank can opener which I owned since Mr. and Mrs. Glenn Dill of S. Washington Street, Oxford gifted it to me way back in 1992. (I think they wrote in a card, “As long as you have this, you won’t go hungry.”)
Should anyone see me in person, you very well know, I have not missed many meals since 1992. That was a wonderful crank can opener until the blade dulled, gears wore down and sadly, it needed replacing. I’d grown accustomed to that can opener over the last 28 years — it’s probably the longest relationship I’ve had. You know, since I have had that can opener, over 150 million Americans were born. (I went on line and figured it out.)
The last two, pukey can openers have worked like one or two times each. And, try as I might I couldn’t get them to lickity-split open those tin cans after their maiden voyages. I ended up crimping down the blade, one crimp at a time, all away around the can’s edge until I could pry open the lid enough to pour out the contents. The first new can opener I couldn’t get to work I figured it was just defective. However, since the second new can opener also wouldn’t work, I guess I have either lost the can-opening ability I once possessed, or something else was amiss.
Not too many days ago, after throwing away the second new can opener, but before buying a third, I lamented on this to a couple of acquaintances. Astonished was I to learn that the new can openers are designed to be held horizontally over a can’s top, versus vertically, in line with the can’s side.
When did this happen? And, why couldn’t I figure it out?
*  *  *
There are a number of “progressive” readers out there who have written to call me a cranky, old, white guy, or to tell me to retire.  I hope these readers never see me in my car these days — they’d have more evidence to back up their assumptions.

Don’s Case Against Himself,
Exhibit B
My vehicle, like many later-model vehicles, is equipped with Bluetooth technology. It allows my phone to hook up to the speakers in the car. It’s kinda’ groovy to have the ability to talk to people through a microphone secretly located somewhere in my car. Further, it is really cool to listen to audiobooks or my own musical playlist from my phone, through the car speakers.
When I get in the car, the car syncs with the phone via that bluetooth technology. I press a button on the steering wheel and some chick says something like, “Please state your command.”
I normally respond, “Bluetooth audio.”
Sometimes, I press the button and say, “Pause,” or “Play.”
When it works, it’s the bee’s knees.
My sons set it up for me and it worked like a champ . . . until recently. Lately, the lady in the machine has been telling me, “I didn’t get that. Please state your command.”
To which I raise my voice, “Bluetooth audio,” or “play.”
Calmly and annoyingly, she’ll repeat, “I didn’t get that. Please state your command.”
Ever louder and more animatedly I answer my command.
“I didn’t get that. Please state your command.”
Ashamed to say, I find myself alone in the car, tooling down the local byways yelling and screaming at her, but she isn’t hearing me.
I know yelling and screaming is not the answer, but she can be so frustrating!
I really have tried to figure this technological glitch out. I have used reason and logic. I have even read the gol-darned owner’s manual. To no avail. Sometimes it works and sometimes it won’t. It’s above my pay grade, I reckon. Time to throw in the towel and call in the boys again.
Yeah, technology is cool, but it can really suck sometimes, too.
Send your comments to DontRushDon@gmail.com“