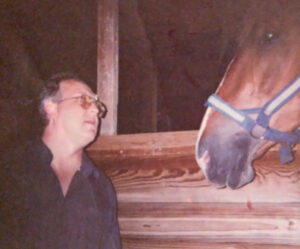 Richard was born September 14, 1959 in Grosse Pointe, Michigan to the late Edwin and Barbara (nee: Fluege) Beyer. He passed calmly and peacefully while taking rest at the Shiawassee Hospice House. He is survived by his wife, Diane Beyer; one daughter, Kirsten Beyer; one sister, Laura. He will also be missed by his faithful companion, Kennedy. Richard was preceded in death by one brother, Tom Beyer. Richard graduated in 1977 from Lakeview High School in St. Clair Shores. He obtained a Master’s Degree from Wayne State University in education and was a counselor for the Detroit Public Schools. Richard enjoyed restoring Trans-Am and Camaro classic cars. Richard was a very strong man who had an incredible drive to live. He will be loved infinitely. Cremation has taken place. Arrangements were entrusted to Village Funeral Home 135 South Street, Ortonville, Michigan.
To send flowers to the family or plant a tree in memory of RICHARD DAVID BEYER please visit our Tribute Store.