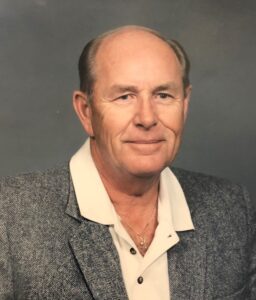 He was born June 14, 1934 in Detroit, Michigan to the late Robert Louis and Clarice Louise (nee: Duncan) Kittell.    He is survived by nine children, Robert Kittell III, Richard (Maria) Kittell, Darryl (Brenda) Kittell, Chris (Kathy) Kittell, Tim Kittell, Brad (Jennifer) Kittell, Nora (Bill) Page, Jay (Kristen) Kittell and Kitty (Ron) Quinn; 18 grandchildren and 22 great grandchildren; brother, David (Deborah) Kittell; his very dear friend and companion, Ann Hewson; he was preceded in death by his dear wife, Carolyn Kittell and one brother, Phillip Kittell.  Bob retired from Consumers Energy as a Department Manager.  He also served as a former Trustee on the Brandon Township Board.   A private funeral service for his children will be at 1:00 p.m. Monday, January 11, 2021 at Village Funeral Home, 135 South Street, Ortonville, Michigan.  You may view this on a livestream by going to www.villagefh.com. Pastor James VanDellen, officiating.  A memorial service will be held at a later date.  Interment will follow at Seymour Lake Cemetery. Family will receive friends on Monday from 11:00 a.m. until 1:00 p.m. at the funeral home. Due to COVID 19 restrictions a mask will be required. We can only allow 25 people at a time in the chapel. Memorial contributions may be made to Prince of Peace Lutheran Church.  Envelopes are available at the funeral home.  To leave a condolence for the family go to www.villagefh.com