By David Fleet
Editor
On Oct. 11, Groveland Township resident LC Scramlin will be inducted into the National 4-H Hall of Fame for his 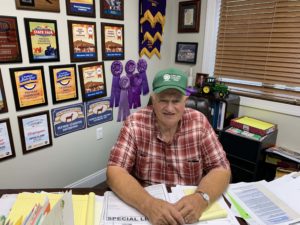