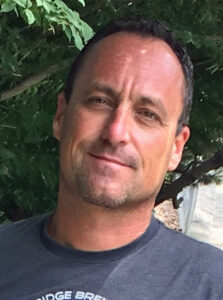 Shawn was born on November 5, 1968 in Flint, Michigan to Michael Owen and Teresa (nee: Spohn) Owen. He married the former Lori Jahn on May 16, 1992 in Davison, Michigan. He is survived by his loving wife, Lori Owen; two children, Cody Owen and Logan Owen; his mother, Teresa (the late David) Schafer; his father, Michael (Paula) Owen; three brothers, Scott (Tammy) Owen, Matthew (Karen) Owen and Chad (Michelle) Leman-Owen; his father-in-law, Harry (the late Glenys) Jahn. Shawn was a 1986 graduate of Davison High School. He attended Mott Community College and Oakland University where he received his Bachelor Degree. He went on to work for General Motor where he was a Technical Specialist for the Air Delivery Team. He was loved by all of his co-workers especially the younger members of the team as he helped so many of them. He developed many patents. He loved the outdoors, cycling and his classic cars. Funeral service will be 11:00 a.m. on Monday, June 27, 2022 at the Ortonville United Methodist Church, 93 Church Street, Ortonville. Pastor Brian Johnson, officiating. Interment will follow at All Saints Cemetery, Waterford. Family will receive friends on Sunday from 2:00 – 7:00 p.m. at VILLAGE FUNERAL HOME 135 South Street, Ortonville, Michigan and after 10:00 a.m. Monday at the church. Memorial contributions may be made to On a Dragonfly’s Wing a Suicide Prevention Group www.onadragonfly’swing.com or to the National Park Foundation www.nationalparks.org Envelopes are available at the funeral home. To send a condolence to the family please visit www.villagefh.com