Since all wish to protest, I shall whine 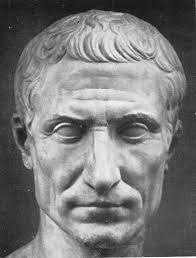 I haven’t whined in a long time, so, in a weird kinda’ American way, I’m due. I mean, every one else in the country is up in arms and complaining, why can’t I?
Like many of you, I watched a little bit of television this past weekend. All the news shows were live feeds from this country’s major cities. Peaceful protests turned into rioting and looting. Los Angeles, Chicago, Minneapolis, Philly and even, to a lesser degree, Detroit. People with and without masks walking and protesting police brutality. Police cars on fire and billowing black smoke. Store windows broken, men and women taking what they could hold. A sad state of affairs. And, since we all watched and we all have our own ideas and opinions on this situation, I won’t go there.
What I will whine about is . . .
. . . Now that my hair is growing back after having been shaved on April 8 in recognition of COVID-19 and Gov. Big Gretch closing barbershops, it’s growing back, but the color of gray I cut off. I had hoped, just a little, it would come back a little less gray-colored and a little more like the original dish-water blond.
No such luck.

. . . Speaking of my hair, now that it is about half an inch in length, it’s looking kinda’ interesting. The sides fall forward (think of all those English actors who played Romans in the 1950s cinema) and the middle just kinda shoots up (kinda’ mohawkesque).
So, I got that going for me.
. . . What year is this? It’s 2020 already. I was thinking this past Saturday, whilst pushing a lawn mower over a tallish lawn, ‘Wow, today, May 30th is my 35th anniversary of working for the newspaper.’
Then, thought I, ‘No wonder it’s getting harder to push this lawn mower, I’m old.’
. . . And, speaking of getting older, last year my insurance folks of about 35 years (Curtis Insurance) called me about my mounting number of years. “Don, we know you don’t want to admit it, but if you join AARP (American Association of Retired Persons) we can save you money on your auto insurance.”
I swallowed my pride, paid my $24 to join and guess what, I saved over $700 a year! (The whine? Now, I get a crap ton of AARP notifications in my email box which I have to delete.)
First world problems, I know.
. . . Know what really gets my goat? Even if you don’t want to know, I’m gonna’ tell you. It grinds me to no end when I see or hear of children put in the middle of political hogwash. When adults use their kids to push their own political cause. It’s not just liberal groups using kids to foster fear tactics. Conservative groups groups do it, too. I know. I know. It is none of my business how parents raise their own kids, however I just hate seeing kids used as pawns. Sure, give them kiddies a sign and let them walk the picket line, “White silence is violence.”
Write and give them young’uns a speech and let them preach to the faithful. How in God’s good name could a caring adult let this happen, let alone promote this? What kind of life are these so-called mature, of-sound-mind adults preparing for their children?
So much for skipping rocks across the pond, playing tag or just being a kid to grow and learn and come to your own decisions by the time you’re an adult.
Nope, let’s teach the children to throw stones at those who their parents target as the ‘enemy.’ Let’s teach them it is right to vilify any who disagree. Let’s teach them how not to have a discussion and let’s never learn ‘em the fine art of agreeing to disagree. While we’re at it we might as well chuck out this lesson of life: “If any one of you is with out sin, let him be the first to throw a stone.” And, add this: ‘‘Be damned any who dare disagree.”
Might makes right.
Maybe this country has always been so polarized — I can’t say. But, it sure seems like it. Those who wanted to stay a colony of the British monarchy versus those who wanted to break away; those two sides of the Civil War, not to mention the civil rights movement which hit its boiling point and exploded in the late 1960s. Maybe we have always picked a bad guy, someone to vilify. I don’t know for sure. I do, in my heart, know if we are to survive as a country we cannot let our children continue to be used as fodder for our political battles, wherever they may be fought.
* * *

. . . And, for my final whine of the week . . . I am such a shallow person, I can’t stand myself. It’s only been in 2020 in which I have noticed the American Sign Language signers (?) who stand next to our political leaders, while the leaders speachify. I am having an hard time listening to the actual speech because I’m to mesmerized by all the hand movements and facial expressions from the signers. I find those sign language folks fascinating, if not amazingly totally entertaining.
I suck.

Since all wish to protest, I shall whine added by Don Rush on June 3, 2020
View all posts by Don Rush →