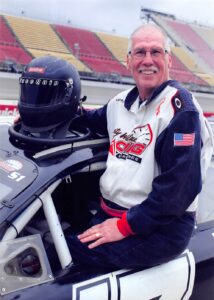 He was born in Flint, Michigan on March 3, 1954, the son of the late Ora and Helen (nee. Bindig) Conley. He is the beloved husband of Cynthia for 38 years; loving father of Jordan (Gina) Conley and Chelsea (Nick Brown) Conley; dearest grandfather of Natalie, Steven, Landon and Colton; brother of William Conley. Also survived by his special friend and Bone Marrow Donor since 1992 Carolyn (Hector) Llorens and numerous nieces and nephews. He is preceded in death by his parents Ora and Helen Conley, sister Gayle MacAinsh and infant brother Clifford Conley. Steven was born and raised in the Ortonville area and graduated from Ortonville Brandon High School with the Class of 1972. He married the love of his life, Cynthia Ann Dorris on April 24, 1982, in Waterford, Michigan at the Waterford Community Church. He enjoyed all sports and was an avid supporter of youth sports programs. He was very active in his own children’s sports, coaching little league baseball and also coaching his grandson’s little league basketball. Steve loved being outdoors, whether it be hunting or trips up north to Lake City. Most of all he enjoyed spending time with his family and friends and will be dearly missed by all who knew him. A Celebration of Steven’s Life will be held this summer when it is safe to gather. Memorial contributions may be considered to the Children’s Leukemia Foundation of Michigan.  Pictures can be emailed to conleystrong@ourskylight.com.  Please leave a memory or condolence on Steven’s online guestbook at www.wintfuneralhome.com