The Citizen newspaper was honored with three awards in the 2019 Michigan Press Association’s Better Newspaper Contest, marking the 11th 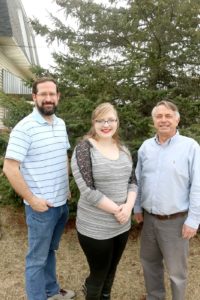 consecutive year of recognition in the state’s largest journalism competition.
The awards were announced earlier this month.
With the new awards, The Citizen has now received 43 MPA awards since 2005. The competition inspires all journalists to produce their best work, which in turn, nurtures stronger communities.
The Citizen competes in Weekly Class B, among publications with circulation between 7,001-15,000. This year the Montana Press Association reviewed 3,500 entries submitted by 106 Michigan newspapers.
“We are pleased to present the best of the best from Michigan Press Association members from this year’s Better Newspaper Contest,” said Richard Lamb, president Michigan Press Association. “The outstanding quality of work shows that the press is strong in Michigan and we are proud of the accomplishments of all the winners.”
In the feature photo category, The Citizen took second place with Patrick McAbee’s photo “Summer Shower,” and also earned a third place award for “Ride on.”
In the sports writing category, The Citizen won second place with David Fleet’s feature story “56 hours on the MAC.” The story, published in the Aug. 2, 2018 edition of The Citizen, followed the 110th Chicago Mackinac Race. The feature story records a Brandon Township man and his Lake Michigan journey on the 36 foot Crazy Horse sailboat over the 300 mile course from the Chicago Lighthouse, just off Navy Pier, to Mackinac.
All the MPA awards adorn the walls of the newspaper’s office at 12 South St. in downtown Ortonville.