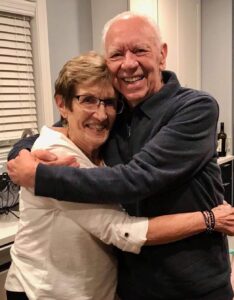 Ted was born January 22, 1933 and died January 27, 2021, he was 88 years old. Ted leaves behind the love of his life, Sally Ann (Dreher). They were married for 67 wonderful years as perfect complements to each other.

In addition, Ted is survived by his 7 children; Jan (Paul), Nancy (Rodger), Joanne, Mark (Jayne), Lisa (Michael), Pam (Mark) and Matthew; 20 Cherished Grandchildren who thought he was a Superhero; and 28 Great-grandchildren (with 2 more on the way). He is also survived by his favorite cousin and best friend, Rod and Anita, his treasured family in Sicily, several nieces, nephews and and an abundance of family friends.

Ted had an enduring curiosity for and love of everything LIFE. The books, personal stories, the food, adventures, travel, gym workouts and especially his Italian heritage. But most of all, Ted adored his large extended family. His legacy is the far-reaching ripple effect of Ted’s love and energy. Ted was beloved by all who had the privilege of knowing him and his eternal smile is forever embedded in our hearts.

Ted retired from General Motors after working on the Design Staff for 30 years. Ted was a veteran of the US Army.

A celebration of Ted’s life will be enjoyed at a later date.

Arrangements are entrusted to Village Funeral Home, 135 South Street, Ortonville, Michigan. To send a condolence to the family go to www.villagefh.com