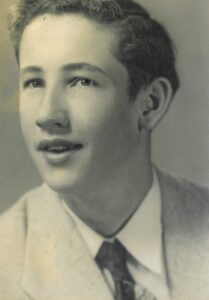 Tim was born August 25, 1936 in Detroit, MI. to the late Lew and Margaret (nee. Herron) Francis. He married the late Betty J. Massingill on May 16, 1959 at St. Anne Catholic Church in Ortonville, MI.
Tim died on the 70th anniversary of his younger brother Rollin’s death, whom he was with at the time of his tragic death in 1951.
Tim is survived by two sons, Joseph J. and Kevin L. Francis and one daughter, Julie L. (Chad) Flowers, six grandchildren,  three brothers Gary L., Dennis E. and John R. Francis and one sister, Janice M. Robinson. Tim was preceded in death by two brothers, Rollin T. and Richard H. Francis.
Tim was an army veteran, a graduate of Cleary Business College and together with his wife owned and operated a motel in Grayling, MI while also working as a Real Estate Broker. Later Tim worked may years as an industrial hardware salesman for Carr Products.
Funeral arrangements are pending.