A Brandon Township man was arraigned last week for one count of felonious assault, a four year felony, and one count of aggravated domestic violence, 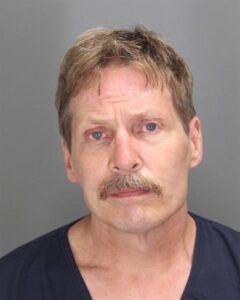 a one year misdemeanor.
Vernon George Miller Jr., 58, was arrested on July 22 for aggravated domestic assault to his girlfriend. The victim has known Miller for almost 40 years and was living in a pole barn on his property.
Miller became agitated and refused to go to the store. He then physically assaulted the victim for almost half an hour, causing serious injuries, including four broken ribs and a broken ankle. She was beaten with a closed fist and assaulted with a wooden baby/pet gate prior to being stomped on. She was able to escape the home by crawling out a window.
Miller was arraigned by Magistrate Bosnic out of the 52-1 district court and issued a $25,000, 10 percent cash/surety bond. He was had several prior contacts with law enforcement, including a domestic violence charge that was dismissed in 2018.