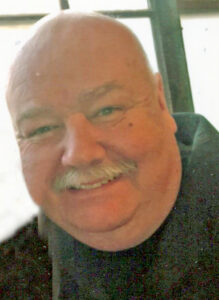 hayer; three grandchildren, Kaylee, Cheyenne and Paige; two great granddaughters, Lilly and Peyton.  Robb was a 1975 graduate of Waterford Kettering High School and then attended Oakland Community College where he received his Associate’s Degree.  Upon completion of his schooling he attended the Police Academy and went to work for the Waterford Police Department.  He served as a police officer, DARE officer and as a detective. He retired in 2003.  His favorite car number was “21”. He later joined the Sheriff’s Department working at 52-2 District Court.  He was a high-speed pursuit training officer with the Michigan State Police. Robb loved being a police officer and everything that went with it.  As a hobby he was an auctioneer.  Funeral service will be 11:00 a.m. Friday August 28, 2020 at Hillside Bible Church 173 Church Street, Ortonville.  Pastor Cliff Powell, officiating.  Interment will follow at All Saints Cemetery, Waterford.  Family will receive friends on Thursday from 3:00 to 7:00 at the church.  Arrangements were entrusted to VILLAGE FUNERAL HOME 135 South St., Ortonville, MI.   Memorial contributions may be made to Common Ground. To leave a condolence for the family go to www.villagefh.com.