Voters turned out in record numbers for Nov. 8 election

By David Fleet Editor Area voter turnout outpaced state numbers following a record-setting voting in the Nov. 8 midterm election. According to Secretary of State Jocelyn Benson 58 percent of voters statewide turned out, which broke the turnout record for a midterm election. “Thousands of Republican, Democratic and independent election clerks and workers securely counted ballots through the day and night to […]

By David Fleet Editor Goodrich — On Nov. 10, Billy Vickory had a hole-in-one, his first ever, on the second hole at Goodrich Country Club. Vickory hit a Bridgestone ball with a Nike 4 iron on the 175 yard par 3 that landed in the cup. The shot was witnessed by Daniel Newman and Michael […]

By David Fleet Editor Ortonville — On Veterans Day, Nov. 11, the Ortonville VFW Post 582 rededicated a marker in Ortonville for Brandon Township resident, Don Kengerski. On Aug. 2, 2014, Kengerski was first honored with a plaque at the Veterans Memorial Park, located on Mill and South streets in Ortonville. Kengerski, now 92-years-old, entered […] 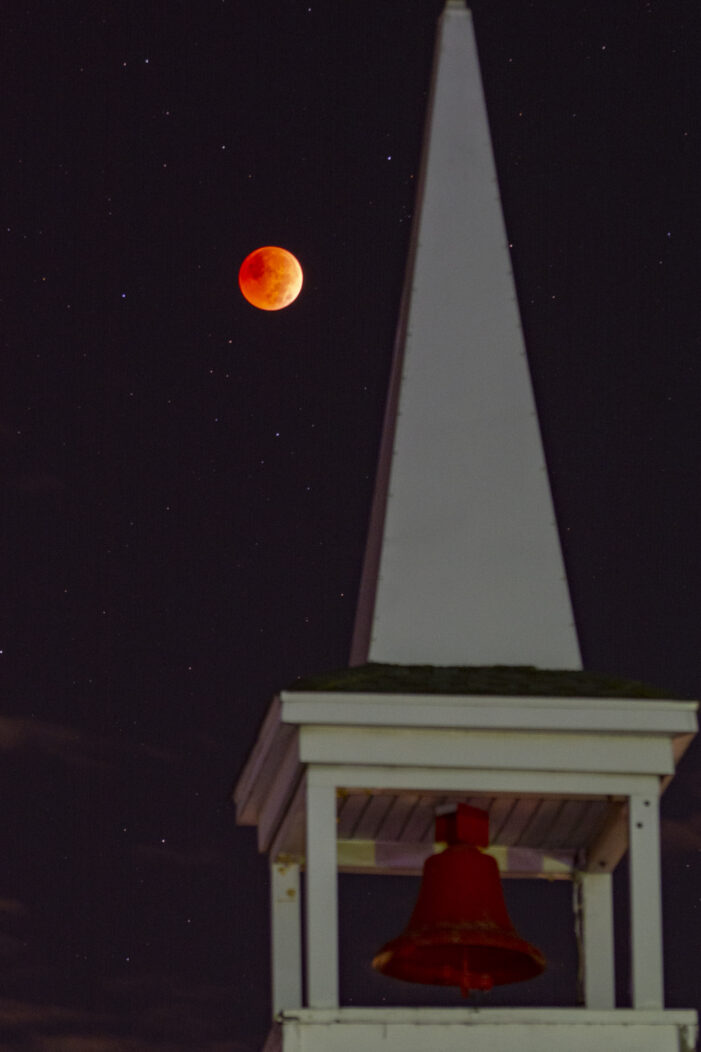 The Blood Moon over the Cornerstone Baptist Church Ortonville via a zoom lens set to 115mm with a F:4.5 aperture, 5 second shutter speed and ISO 640. Photo: Heath Zeitz   By David Fleet Editor Ortonville—  In the early morning hours of Tuesday, area resident Heath Zietz, turned his camera upward and captured a Blood […]

By David Fleet Editor GOODRICH — It’s all about grit. On Oct. 4 the Goodrich Martians rallied back from a 9-0 defect in the fourth quarter to knock off the Freeland Falcons 10-9 to take the District Championship. The win was in the second round of the Division 4 MHSAA playoffs. “This team never quits,” […]

By David Fleet Editor Goodrich — The message is simple and direct, slow down. Earlier this month, two solar powered speed aware signs for East Hegel and Ridge Roads were installed and activated on Nov. 4. By a 5-0 vote the council OK’d the purchase of the two at a cost of $3,740 each. The […]

By David Fleet Editor Brandon Twp. — Allison Prentice’s manta is simple, ‘Aim small, miss small.’ Over more than a decade of work, skill and a host of tournaments Prentice, a 17-year-old Brandon High School Senior, recently signed a letter of intent at Southeastern Illinois, located in Harrisburg for a full scholarship on their collegiate […]

By David Fleet Editor Brooklyn— Despite a blustery 40 mph wind the Goodrich Girls Cross Country team finished seventh of 27 of the top teams in the state as 250 runners competed in the Michigan High School Athletic Association Lower Peninsular Division II Finals at Michigan International Speedway, Brooklyn. “The first 1/2 mile and the […]