REID, PATRICIA ANN of Ortonville, Michigan; died on September 22, 2022. She was 75. Patricia was born on October 12, 1946 in Crum, West Virginia to the late Sam J. and Amy (Nee: Chaffin) Marcum. She is survived by two sons, Martin (Angela) Reid and Brian (Trisha) Reid; seven grandchildren, Jesse, Rayann, Callie and Taylor […] 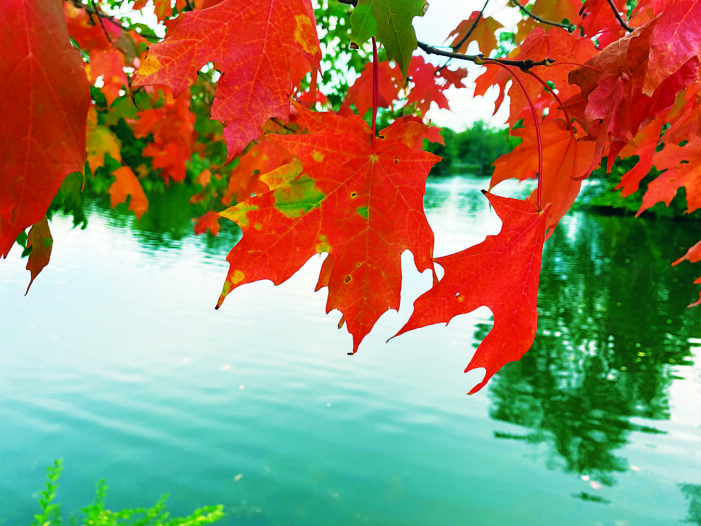 Early fall color on the Goodrich Mill pond, a mark of the autumnal equinox which arrived Sept. 22. Cooler weather is forecasted for the weekend. Photo: David Fleet

By Shelby Stewart-Soldan Staff Writer Ortonville — For the next two months, southbound M-15 from Granger Road to the south entrance of Brandon Middle School will be closed. The recent construction, conducted by the Michigan Department of Transportation (MDOT) has drawn ire from many residents. “The reason we didn’t do it over the summer, there […]

By Shelby Stewart-Soldan Staff Writer Ortonville — Witches are welcome, warlocks are tolerated for the fifth annual 2022 Witches Night Out. From 3-9 p.m., Oct. 8. grab your broom for the ladies night out style event with a Halloween theme in downtown Ortonville. “After a hard year for many of our businesses downtown, it’s important […]

Thank you Ortonville Since 2014, my passion and commitment has been to give what I can, when I can, and however I can to our community. Together, we have accomplished so many great things that make our Village stronger, wiser, and more successful. It has truly been an honor to work for, alongside, and behind […]

By Shelby Stewart-Soldan Staff Writer Brandon Twp. — During the Sept. 12 meeting, the township board of trustees approved unanimously two ordinance amendments pertaining to marijuana establishments for first reading. “These are something Stuart (Cooney, Twp. attorney) recommended we do,” said Jayson Rumball, township supervisor. “As everybody knows, there is a marijuana item on the […]

Janet Kay (Marsh) Venticinque of Ubly, formerly of Ortonville, passed away Friday, September 16th, 2022. She was 67. Janet was born August 6, 1955 in Goodrich, MI to the late Glenn and Iris (Burton) Marsh. She excelled at everything she did. She loved to sew; making crafts, quilts, baby blankets and P.J.’s for family and […]

Jack C. Lewis (Walker) went home to be with his Lord and Savior on September 06, 2022. Jack was born on December 24, 1932 and lived to be 89 years old. He is survived by his loving sons Biff (Lynn) Lewis, Rhett (Blanca) Lewis, seven grandchildren: John, Danielle, Annie, Brian, Cyndi, Helen Jeanette, and Kevin, […]