By David Fleet Editor Brandon — On Jan. 10, the Brandon Blackhawks defeated the visiting Owosso Trojans in a Flint Metro League match-up with a 60-27 win. “We played a complete game on Tuesday night against Owosso,” said Blackhawk Coach Michael Stewart. “I was very proud of the effort and the way we played together. […]

By David Fleet Editor Ortonville —From his service to Brandon Township to his faith to the importance of family, David Borst will be remembered as a firefighter, friend and father whose life etched an indelible mark on those who knew him. David died Dec. 14, 2022 following a long battle with Parkinson’s disease. He was […]

By David Fleet Editor Goodrich — The area’s safe and secure environment to store valuables, household items or seasonal boats and RVs is now even larger. Locally owned and managed, Goodrich Mini Storage, 7281 S. State, accessible off M-15 next to Brown’s Do-it Center, just expanded their facility by 16,200 square-feet adding an additional 80 units. The total number of indoor spaces in […]

By David Fleet Editor Saginaw — On Dec. 16, Goodrich High School students competed in various aspects of marketing at the District 1 DECA Conference at Saginaw Valley State University. DECA or the Distributive Education Club of America, energize students for college and career readiness with a focus on business growth and development skills. Goodrich […] 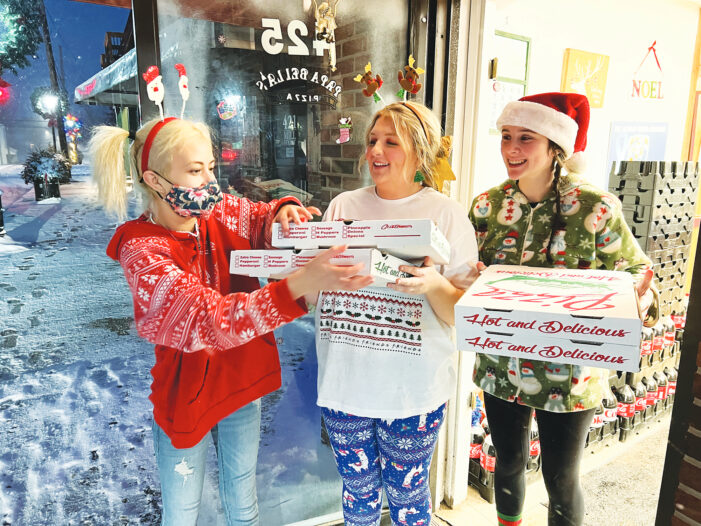 By David Fleet Editor Goodrich— At 6 p.m., Jan. 9, 2023 the village council is expected to continue discussion on funding for cold-mill resurfacing of Hegel Road from Seneca Street to the Kearsley Creek Bridge. Also considered are sidewalk ramps on M-15 will be reconstructed to meet ADA requirements. The cost to the village will […]

By David Fleet Editor Atlas Twp. — A longtime Atlas Township family recently donated a collection artifacts from very early inhabitants of the region to the Goodrich/Atlas Historical Society.  Robert Hegel, the great, great, great grandson of Andrew Hegel shared the array of arrow and spear heads among other items found on the family farm spanning four generations.  Also, included in the collection was a claw thought to be the last bear shot on the property. Michael Hambacher, staff archaeologist from the Lansing-based State Historic Preservation Office, […]

‘It’s been an honor to serve’

By David Fleet Editor Atlas Twp. — Firefighter Lt. Gary Schafer recalls a scared cat hiding under the bed. “It was one of the first house fires I’d ever responded to,” said Schafer, who joined the Atlas Township Fire Department in 2004. “The homeowners were out safe, but told us the family cat was still […]

By David Fleet Editor Ortonville — A white Christmas is almost certain for Southeast Michigan for 2022 as winter storm watches were posted for Michigan as of press time Dec. 21. However, few reported storms (so far) topped the blast on April 5, 1886 when temperatures dipped to 38 degrees and southeastern lower Michigan was […]