Carl Leslie Hastings, age 77, of Orange County, VA and formerly of Ortonville, MI passed away Friday, November 26, 2021 after an extended 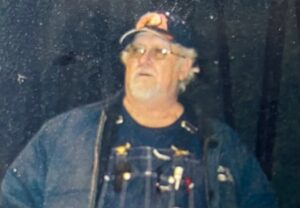 Carl grew up in the Warren, MI area and following high school, he enlisted in the United States Air Force in which he served from 1962-1966.  After serving his country, Carl joined his father in the family contracting business, and then opened his own well drilling company, Avon Pump, which he ran for over 20 years.

In 1973, Carl married Mary Ann Long, who survives.  He is also survived by son Craig (Lynn) Hastings of Dickinson, ND, daughters Edith Hastings of Orange County, VA, Cathie (Josh) Tobin of Fredericksburg, VA, and Kristine Hastings of Belfield, ND, along with sister Denise (Paul) Palshan of Goodrich, MI.  He was predeceased by his parents, Arlene and Les Hastings, and brother Keith Hastings.

Carl could be found at Edith’s business, Edith’s Pet Supplies, doing anything and everything needed to be done, whether that was fix something, clean fish tanks, hold the birds, or talk to anyone who came in – he was there.  He could be found during non-working hours at the Boat Bar or Village Pub in Ortonville, and on the weekends catering to the needs of Cathie’s softball teams as he pulled around the team’s water on a homemade golf cart turned water cooler.  He was joyous, strong, and reliable, and he will be missed.

Per Carl’s wishes, cremation has taken place, and no memorial service is to be held.

One Response to "Carl Hastings"