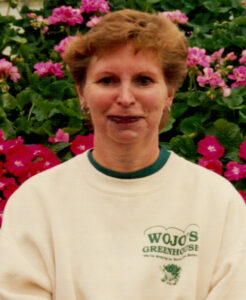 A true daughter of Ortonville, Dianne was born on January 20, 1944 in a farmhouse on Grange Hall Road, Ortonville, Michigan to the late John L. and Myrna (nee: Stine) Grovesteen. She attended Brandon High School where she was an honor student and cheerleader, and graduated in 1962. She married high school classmate John Robert Francis on April 13, 1964 in Ortonville. She is survived by her loving husband, John and four children, all of whom were raised and went to school in Ortonville; two sons, Patrick (Ela) Francis and Joel (Susan) Francis; two daughters, Christine (Doug) Chynoweth and Wendy Francis. She is also survived by eight grandchildren, Jonathon, Patrick, Breanna, Meghan, Lacey, Alicia, Isabella and Anna; and six great grandchildren, Aiden, Luna, Shiloh, Oliver, Penelope and Thomas; two brothers, Douglas (Sharon) Grovesteen and Lon (Kay) Grovesteen; three sisters, Joyce Dobyns, Jane (Lance) Agar and Sally Keillor; she was preceded in death by her brother, Howard (Dorothy) Grovesteen. Dianne devoted herself to raising her children and supporting her 14 grand- and great grandchildren. She became familiar to many in Ortonville as the friendly face and helpful hand in the produce section of Hamady’s Grocery store for over 12 years in the 1980’s and 90’s. She enjoyed travelling, making multiple trips to Europe to spend time with her grand-daughters and see the sights. Dianne was also an enthusiastic and highly-skilled gardener. She worked for many years at Wojo’s greenhouse on Oakwood Road and through decades of experience and extensive courses she became certified as a Master Gardener.

Envelopes are available at the funeral home. To send a condolence to the family go to www.villagefh.com.

One Response to "Dianne Francis"