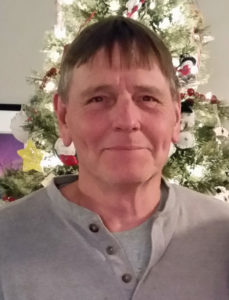 He was born December 24, 1951 to the late Harlo and Beulah (nee: Stephens) Phipps.  He married the former Deborah Penley on June 11, 2005 in Goodrich, Michigan. He is survived by his loving wife Deborah Phipps; four children, Jennifer (Ryan) Partlan, Michelle (Mark) Schwiderson, Julie Green and James (Michelle) Lambert; seven grandchildren, Andrew, Aiden, Matthew, Lily, Tyler, Braydon, Lexie and Colton; two sisters, Linda (Bob) Hickey and Judy Johnson; he was preceded in death by one sister, Roseanna (Clare) Blades.  Eugene was a veteran of the U.S. Army.  He retired from General Motors and also worked for Lapeer Schools.  He enjoyed the north woods traveling to Benzonia to his cottage.  He was an avid hunter, fisherman, boater and loved to ride his motorcycle, but most of all he loved his grandchildren.  Funeral service will be 11:00 a.m. Monday, January 6, 2020 at VILLAGE FUNERAL HOME, Ortonville.  Pastor Ben Gonzalez, officiating.   Interment will follow at Ortonville Cemetery. Family will receive friends on Sunday from 2:00 to 8:00 p.m.   To send a condolence to the family, you may go to www.villagefh.com.