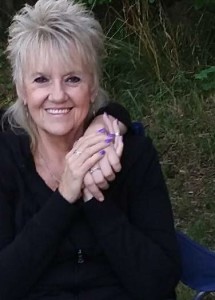 She was born October 3, 1949 to the late Joseph Larry and Frances Louise (nee: Rhodes) Fouts. She is survived by her loving fiancé  Billy Swayne; two children, Frances (Mike) Stites-Bennett and Aaron (Karen) Stites; two grandchildren Adrianna Stites and Rea Stites; she was preceded in death by one daughter, Angela Stites. Linda was employed for 20 years at CPI Ad Agency in Walled Lake. She was a hairdresser for many years. An avid Red Wings fan, she was able to attend the Winter Classic at Wrigley field to watch the Red Wings against the Blackhawks. Linda was a good hearted person and the sunshine of her family and friends. A celebration of Linda’s life will be held at a later date. Funeral arrangements were entrusted to Village Funeral Home, Ortonville. Memorial contributions may be made to your charity of choice. To send a condolence to the family go to www.villagefh.com