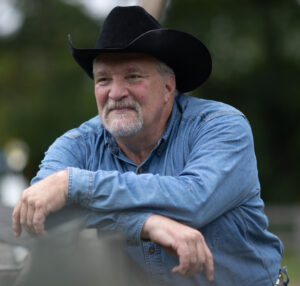 Awards Show. The global event featured musical artist nominees from around the globe in the genre of country music.
“We had intended to be at the awards show in person, but COVID concerns and travel restrictions caused the organization to opt for an online virtual show,” said Marshall. “Even though we missed the in-person experience of a major awards show, and traveling to Europe, it does not reduce the trill of seeing your name next to outstanding musical artists from around the world, all vying for the same award, and yet being the one to walk away, award in hand.”
Marshall is the vocalist and guitarist of the Bob Marshall Band, comprising of Dave Duncan, Tom Waugh, Ron Ellman and Darren Gladding.
“It has taken a few years to find just the right mix of guys that are great musicians and great friends,” he said. “They constantly surprise me on stage with the best sounds you could ask for. These guys make me smile every time we hit the stage together.”
Marshall has previously won the AWA Will Rogers Award for Best Male Vocalist of the Year, as well as the CMA of Texas Country Album of the Year for his album Screen Door.
“Being recognized for your work and receiving awards is a wonderful thing,” he said. “But, by far the best feeling is seeing an audience having fun and reacting to your music from the stage. That is an undeniable rush.”