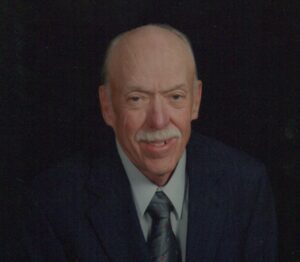 He was born on March 4, 1940 in Remus, Michigan to the late Lyle and Mildred (nee: Voorheis) Ferguson. He married Adele Dennis on August 16, 1969 in Pontiac, Michigan.  He is survived by by his wife of 51 years, Adele Ferguson; three children, Christopher (Kathleen) Ferguson, Jennifer (David) Slowik and Stephanie (Matthew) Ball; six grandchildren, Andrea Resendez, Aaron Ball, Joseph Resendez, Alexis Slowik, Madalyn Ball and Emilea Slowik; four great-granddaughters, Adriana, Lilyana, LylaKay and LeighAnne; one sister, Vida Hill. He was preceded in death by one brother, Lester Ferguson. Morris was an Air Force veteran. He retired after 50 years as an electrician for GM. Morris, known to family and friends as “Mr. Fix-it”, could fix anything. He was an avid golfer and bowler. He enjoyed camping and spending time with his family. A Mass of the Resurrection will be held at 11:00 a.m. Monday, February 1, 2021 at St. Mark the Evangelist Catholic Church in Goodrich, with a half hour of visitation prior to Mass. Fr. Dave Howell and Deacon Ron Kenney, officiating. Family will receive friends on Sunday, January 31, 2021 from 11:00 a.m. – 1:00 p.m. at Village Funeral Home, 135 South Street, Ortonville, Michigan.  Masks are required at both locations. Donations may be made to Community Christmas Toy Store P.O. Box 733, Ortonville, MI or the the Alzheimer’s Association. Envelopes will be available at the funeral home.  To send a condolence to the family go to www.villagefh.com