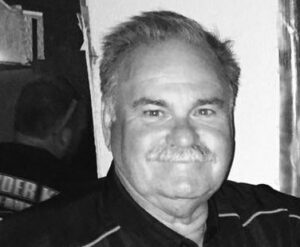 Born August 21, 1946 in Detroit, Michigan the son of the late Nicholas, Sr. and Thelma (nee: Baker) Mazick.  Survived by his loving wife, Pamela Mazich; three children, Nicholas John (Kate) Mazich, Holly (Mac) McCracken and Dan (Leanna) Mazich; 5 grandchildren, Wyatt, Lane, Ava, Tanner and Conner; one sister, Linda Pressley.  Nicholas was a member of the Carpenters Union.  He was a Finish Carpenter. He also worked as an inspector for Oakland County Parks and Rec. He owned and operated Nick’s BBQ and Pig Roast for over 20 years.  He was involved with the 4-H and an avid hunter of birds and deer.  A private memorial service will be held. Arrangements were entrusted to VILLAGE FUNERAL HOME, 135 South St., Ortonville. To send a condolence to the family go towww.villagefh.com