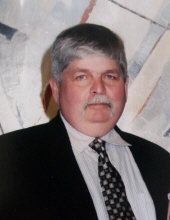 Pete owned and operated the Frosty Boy in Oxford for 18 years. He graduated from Madison Heights Lamphere High School in 1971, and later with a bachelor’s degree in accounting from Walsh College. He was a great athlete participating in boxing and wrestling, in which he won a bronze medal at the state championship. Pete was clever, funny, and generous to his many friends, as well as strangers alike. He loved watching movies with his grandkids. He also enjoyed spending time out in nature fishing, camping, and riding his Harley motorcycle.

Pete was a member of the Oxford Lions Club, the Sons of the American Legion, and Lapeer HOG.

He is survived by his son, Peter W. Millar III, his daughter Johanna (Chester) Baldiga, grandchildren Evander and Cynthia Baldiga, and his siblings Linda (Chuck) Lewandowski, Paulette (Warren) Sawdon, David (Mollie) Millar, and Edward Millar. He was preceded in death by his son James “Jimmy” Millar.

A memorial service and dinner will be held in the spring. Arrangements for cremation entrusted to Lynch & Sons Funeral Directors, Oxford.