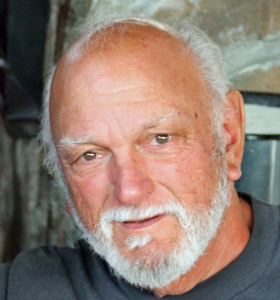 He was preceded in death by his beloved wife of 35 years, Catherine (King) and his parents.

He is survived by his two daughters, Debra Kelleher (and Jack of West Dundee, IL) and Donna Richards (and Don of Ortonville, MI) as well as his three grandchildren:  Danielle and Dawson Richards and Conor Kelleher.

Richard was born in Staten Island, NY on March 17, 1935 to Joseph and Theresa Bauer.    He attended Staten Island College before starting his career as a diemaker for Singer Sewing Machine.     In 1976, the family relocated to Michigan, where he worked in the automobile industry for the Ford Motor Company and later, DuPont.

Richard also served in the military during the Korean Conflict.

Richard lived a full life, focused on family, work and travel.   In addition, he loved his second, winter home in San Carlos, Mexico, spending some time (and money) gambling in casinos, eating anything chocolate, and enjoying his cat, Tiggy.

Richard’s cremation has taken place. His final resting place will be in Glen Eden Memorial Park in Livonia, MI, next to his Catherine.   Plans for celebrations of his life in both Michigan and Staten Island, NY, are pending.

In lieu of flowers, memorial contributions in his name can be made to the American Heart Association. Arrangements were entrusted to Village Funeral Home, Ortonville.  To send a condolence to the family go to www.villagefh.com

One Response to "Richard Bauer"