Shop with a Hero 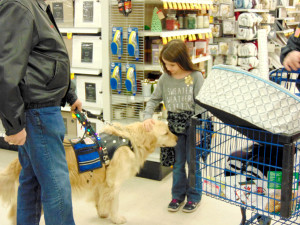 Toys, kids and and some local heros gathered for a growing Christmas tradition. 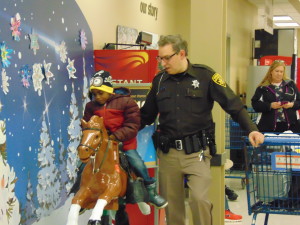 On Dec. 6, six Brandon Township students—two paried with Oakland County Sheriff officers from Brandon along with four with Brandon Firefighters participated in ‘Shop with a Hero’ at the Oxford Meijer, 900 Lapeer Road. The kids each recevive $150 and also get to have dinner with the emergency personnel they shop with.
“The nice thing is it’s not about law enforcement,” said Oakland County Sheriff’s Office Brandon substation commander Lt. Greg Glover. “It’s about the kids, kids that don’t have a lot of things that other kids might have.”

Paul Vassall, Brandon Township firefighter and EMT has participated in the event for several years and finds the interaction very rewarding. 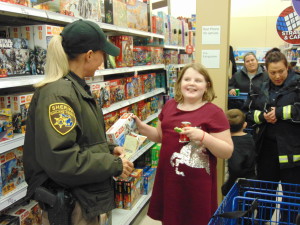 “We sponsored two kids, from our candy bar and pop fund, and then Meijer sponsors two kids,” he said.
One thing that is common among all of the kids is that they aren’t just looking for themselves. Kids look for gifts for their parents, siblings and even 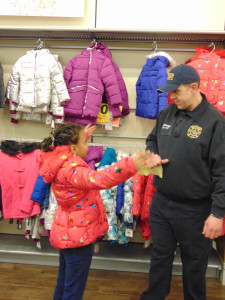 family pets.
“Most of those kids don’t just think about themselves, they’re there because they want to get something for others,” said Glover. “One of the little boys, I saw him pick out a necklace with a cross on it, and I asked him about it and he said he was getting it for his foster mom.”
Vassall saw a similar response from the little girl he shopped with. “She bought a big container of treats and a bed for her dog for Christmas,” said Vassall.
“The kids were really great this year, they were really into the Christmas spirit.”
Glover also extended his thanks to Meijer, who sponsors some of the kids, and in particular Lisa Hayduk, administrative assistant with Meijer.
“It’s nice because it gives us an opportunity to get to know the kids, to interact with us on a positive note,” said Glover.
“It’s a nice feeling for our guys, and it’s a nice interaction for those kids.”