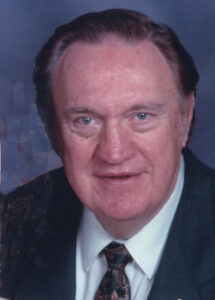 He was 85.
He was born November 19, 1935 in Detroit, Michigan to the late Sidney Lawrence and Julia Ethel (nee: DePue) Barnwell, Sr. He married the former Phyllis Hassebroek on March 29, 1957 in Reno, Nevada. He is survived by his loving wife of 65 years, Phyllis Barnwell; three children, Sidney L. (Lois Moss) Barnwell III, David (Molly) Barnwell and Cynthia Pollock; seven grandchildren, Brad Moss, Brittany Barnwell, Ashleigh Pollock, Amber Pollock, Annaleisa Pollock, Chase Barnwell and Sydney Barnwell; two great granddaughters, Jamie and Jessica Moss.
Sid served proudly as a veteran of the U.S. Marine Corps. He retired from Microdot after 55 years of service. He was a member of the Ortonville United Methodist Church and served as the chairman of the Endowment Fund at the church. A member of the Men’s Club. He was also a proud Kentucky Colonel.
A memorial service will be held at a later date. Arrangements were entrusted to Village Funeral Home, 135 South St., Ortonville, Michigan. Interment will be at Roseland Park Cemetery, Berkley. To send a condolence to the family go to www.villagefh.com