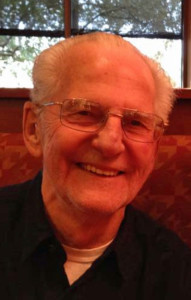 Born December 7, 1943 in Hamtramck, Michigan to the late Zygmunt and Helen (nee: Pieczara) Owczarek.  He married the former Karen Stroud in Hazel Park, Michigan on November 20, 1965.  He is survived by his loving wife of 52 years, Karen Owczarek; two children, Joseph Owczarek and Janie (Scott) Reich; four grandchildren, Jackson, Madison, Tyler and Grant Reich; one brother, Thomas (Dorothy) Owczarek; two brother-in-law’s, Gerald (Patricia) Stroud and Donald (Josephine) Stroud; he was preceded in death by one son, Charles Owczarek and one brother, Frank Owczarek.  Ted was a veteran of the U.S. Air Force and retired from GTE.  He became known as the phone guy in Ortonville.  After retirement he became a Real Estate Appraiser.  He was a member of the Ortonville VFW and the Knights of Columbus, Fr. Ging Council.   Mass of the Resurrection will be 11:00 a.m. Friday, April 20, 2018 at St. Anne Catholic Church, 825 S. Ortonville Road, Ortonville.  Interment will be at Great Lakes National Cemetery, Holly.   Family will receive friends on Thursday from 3:00 to 5:00 and 7:00 to 9:00 p.m. atVILLAGE FUNERAL HOME–ORTONVILLE 135 South St., Ortonville and after 10:00 a.m. Friday at the church.    Memorial contributions may be made to Ortonville Community Emergency Fund.  Envelopes are available at the funeral home.  To send a condolence to the family go to www.villagefh.com