To work or not to work. That is the question. 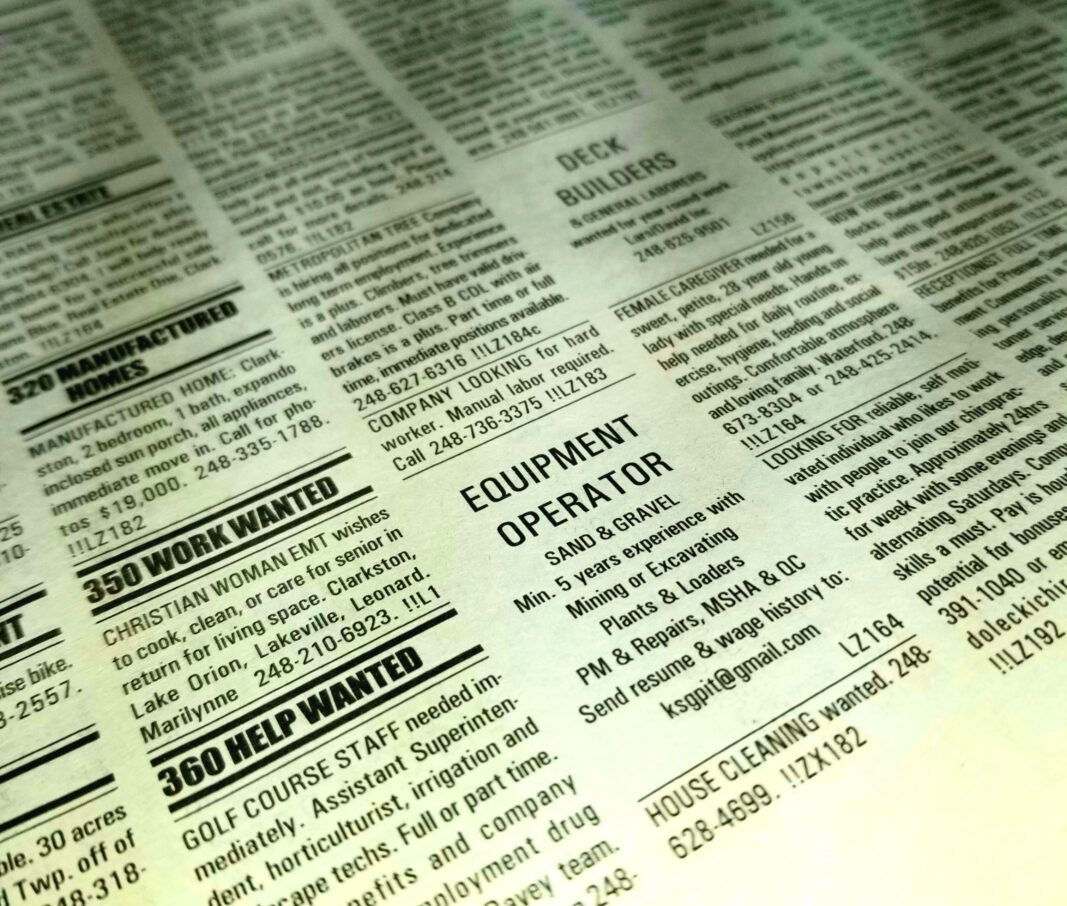 One of the chores I have added to my job here at your community newspaper is Head Promoter. In that capacity I, on occasion, will take a picture of one of our pages and post it on social media. Last week as I perused our printed pages, I noticed there were quite a few Help Wanted ads in our classified section.
There was about an entire page of folks asking for people to come work for their company. “Hmm,” thought I, “I should use my handy dandy cell phone camera, take a picture and post it online.”
Since I thought it, I did it (and sometimes this way of living has gotten me in deep doo-doo). I took a cool looking picture, up close, on an angle, fiddled with the color to make it interesting to the eye and posted it with the following words:
“Are you or someone you know looking for work? In this week’s paper we have over 30 Help Wanted ads! They want — no, they need — you!” 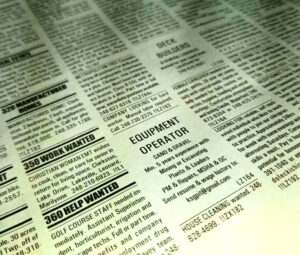 I posted it, and since I had completed that task, promptly forgot about it . . . until the next morning when I received notifications from the social media platform that folks had not just liked the post, but were also commenting on it. Actually there were 89 comments. What started out as a promotion of our classified section turned into an interesting conversation about work, work ethics and compensation.
For the most part, it was a pretty, gosh-darned civil conversation (thank goodness). You could kinda’ figure out the generational differences of the commenters.
There were comments like this:
“I’ve heard so many people say they won’t work for minimum wage when they can stay home and get ‘free money.’”
And, “Working for scraps is old school. Pay people a living wage. Minimum work = minimum wage.”
To, “Every kid we hire is so lazy I would rather work alone! They are always late or lost, car problems — every excuse in the book!”
And, “It truly makes me sick. Yes, I was laid off last year and yes, I collected unemployment. But, I was actively looking every day and had countless interviews. Took a job in the fall that is part time, no benefits and less than half what I was making — but there will come a time unemployment goes away. Why people want to keep riding it out is insane to me … it will end and then they will be screwed.”
Then, there was this: “Why work when it doesn’t Pay the bills? People want to live their lives not be some cog in a machine.”
To which someone responded, “Exactly. Look at the cost of a new truck or a house . . . and they want to pay you next to nothing with no benefits.”
Said one person, “I’m a machinist by trade. Told my boss to shove it after demanding a $10 hour raise after he rolled up in a new car. Now I’m my own boss. Working for others is a complete waste of life. Some useless moron sits in an office and profits off my hard labor. Not ever again.”
And, this from another: “Sometimes minimum wage is just the start you need. I started a job five years ago at minimum wage. With hard work, good attendance, I moved to a new position within a year at more pay. When opportunity came, I moved up again. I more than doubled my wage. No degree, just hard work and opportunity.”
And, “One word. Entitlement. Work less for more money. Great concept, I’d like that too.”
* * *
Oh, there was more, but it got me thinking (and, thinking often gets me into more trouble). Anyway, as the man in the middle, the guy who hates confrontation, the dude who’d rather make love, not war, I can see both sides of the issue I created. Life is not like it was. People change, ideas change, ethics change.
When I was growing up, I had a “real” job by the 8th grade and have worked ever since. If I wanted something, I worked, got paid and then got what I wanted. For the most part, folks in my generation and before, were programmed for work. Having a job was a sense of pride. It was just something everyone did.
Then things changed.
I think every generation wants to make it easier on the next (their kids). Parents want their kids to have more than they did. We make it easier, so the kids can be smarter.
And, they are. I think they have learned that their self-worth is not based on a job like it was with prior generations. They don’t want crumbs. They want cake. It’s not their fault. I don’t think kids are lazy. I know my kids aren’t and since I base my opinions of today’s gernation on my kids, I think today’s kids are “okay.”
They probably do deserve higher pay — we all do! However, they probably need to learn hard work and working hard are not bad things. They should also understand the world owes them nothing and if they want something it will be up to them to make it happen. Don’t wait for it to happen. Life is not without risk and it ain’t safe, nor is it easy.
Send your thoughts to DontRushDon@gmail.com