HIRTH, George “Rick” loving husband, father, grandfather, brother and friend, passed away suddenly at his home in Clarkston, May 18, 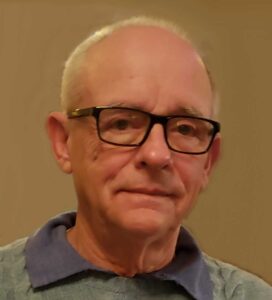 Rick grew up surrounded by a loving family in Mullet Lake Village and later, Goodrich, Michigan, graduating in 1968. Despite a full time work schedule, he received his B.S. in Civil Engineering from Michigan State in 1974 and his Professional Engineering (P.E.) certification in 1979. After working throughout the U.S., in 1987 Rick became the senior engineer at Warner, Cantrell & Padmos, Inc., in Farmington Hills, specializing in land engineering and property development. In the year 2000 he acquired the company and served as its President until his death. Rick loved his work and was admired throughout the development community for his skill and professionalism. Rick cherished his family and friends. He was an avid golfer, hunter and fisherman, as well as a skilled gardener and woodworker. He loved spending time Up North at his home in Boyne City and on Drummond Island with his family and friends and took great pride in his son and grandchildren. Rick will forever be remembered for his unlimited generosity, kindness, intelligence and wry sense of humor. He is survived by his beloved wife Shelley, father Harry, son Anthony (Maureen), grandchildren Mackenzie and Harrison, brother Steve, sister Julie (Rudy) Capella, and many special nieces, nephews, cousins, in-laws, and friends. Rick was preceded in death by his dear mother, Lorraine, as well as many special friends and relatives. A memorial gathering will be held at a later date. Arrangements entrusted to the Lewis E. Wint & Son Funeral Home. Friends are invited to leave their condolences on George’s online guestbook at www.wintfuneralhome.com