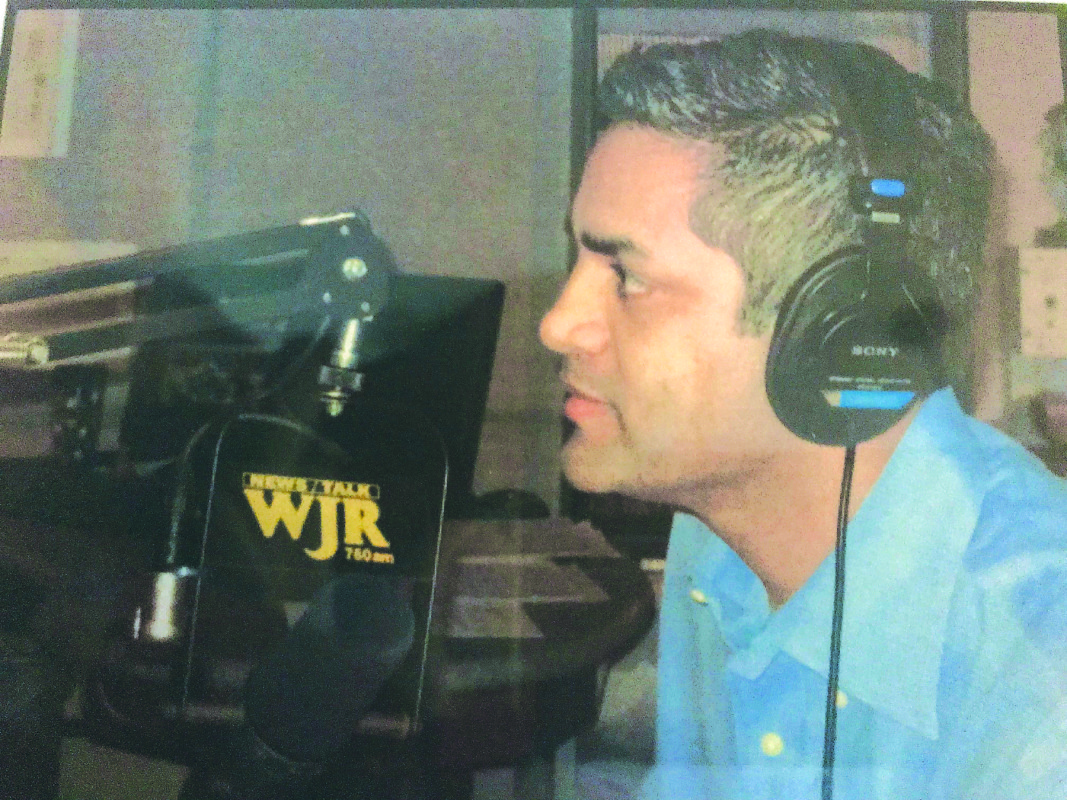 One of the nifty things about being a community newspaper dude (and Neanderthal Philosopher) is my seat, way up in the Ivory Tower, allows me opportunities to look down and observe.
Other than dead people, I see things. I am witness to the highs and lows of communal life. I can keep tabs on your achievements and spy on your failures. And, I can opine with unfettered assuredly that which I surveil. (I just instinctively and not a wee bit mischievously, rubbed my hands together and thought, “Muhahaha.”) Recently, I peered down and saw a familiar figure.
“Shivajee, how goes it?” I shouted, to which he looked up and smiled. Before I knew it, he ventured to trudge up the 22-steps of said Ivory Tower and sat down in my office.
“Don, things are going great,” he said.
And by-gummie, even under my intense grilling and scrutiny, I could find no flaw for his enthusiasm; he was correct. Things are going great for him.
Most folks in northeast Oakland County know Shivajee as Dr. Nallamothu the orthopedic surgeon, husband of Terri, father of three, neighbor and founder of the Michigan Center for Orthopedic Surgery (MCOS), located in Clarkston. For nearly 20 years, Nallamothu, 49, has grown his local practice to be one of the premier practices in Southeast Michigan.

That in itself is a neat feat of dedication, but now he’s upped his game. He now has his own radio show on the Great Voice of the Great Lakes, WJR! On the second Tuesday of each month since this past January, his one-hour show airs at 7 p.m. — right after the Mitch Albom Show.
He plans on discussing such issues as concussion protocols in athletics, new and innovative medical procedures like stem-cell treatment for arthritis and other orthopedic injuries.
He is also happy to announce the inclusion of BFR (Blood Flow Restriction) Therapy to his practice. As only the second practice in SE Michigan that uses the tourniquet procedure, some of his patients are now requiring less physical therapy. Want to hear how he sounds? Tune your AM radio dial to 760 this Tuesday (March 13). Congrats, Shivajee!

Last week, I reported to have taken on the mantel as #theNeanderthalPhilosopher — tackling life’s most pressing issues in the most simplistic way. Here’s something to put in your pipe and smoke, “Dragging your knuckles only slows you downs and gives you scabs.”

Some of you readers responded to this announcement thusly . . .

Susan: Another great column that might generate some blow-back (but definitely not from me). Sadly, most people are unfamiliar with the names associated with the Enlightenment, and that makes me sad for what the future holds for this great experiment.
Matt: Bonus to being a self-branded, philosopher – you get to buy the proverbial farm in an exception way. Plato – death by some horrible flute song. Socrates – death by drinking hemlock (his last sentence apparently containing the word “cock” – of course, referencing a rooster). And Voltaire, well, he died in Paris. Like Jim Morrison. But probably not in a bathtub with psychedelic drugs in his system.
Kara: Why no quotations from famous female philosophers? Would love to hear Neanderthal Philosopher’s reactions to some of them!

To answer Kara, today is not the day to react (#NotNow), but here are some female philosophers.
Hypatia: “Reserve your right to think, for even to think wrongly is better than not to think at all.”
Theano: “If the soul is not immortal then life will become a playground for the evil doers who will die after having lived a sinful life.”
Gabrielle Émilie Du Châtelet: “Love of learning is the most necessary passion … in it lies our happiness. It’s a sure remedy for what ails us, an unending source of pleasure.”

Ayn Rand: “The smallest minority on earth is the individual. Those who deny individual rights cannot claim to be defenders of minorities,” and;
“I swear, by my life and my love of it, that I will never live for the sake of another man, nor ask another man to live for mine.”