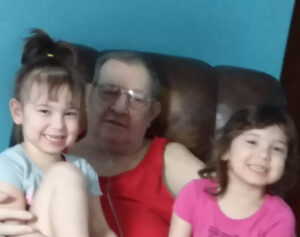 Funeral service will be private.  Pastor Cliff Powell, officiating.  Arrangements were entrusted to VILLAGE FUNERAL HOME, 135 South St., Ortonville, Michigan.  Memorial contributions may be made to the National Kidney Foundation.  To send a condolence to the family go to www.villagefh.com