By Shelby Stewart Staff Writer Brandon Twp.-Thanks to the efforts of a Brandon High School senior and school official street banners are now up in Ortonville and along M-15. David Wyatt, vice principal of BHS, and Taryn Vlad, BHS senior spoke with Village of Ortonville officials about a year ago about splitting the cost of […]

By Shelby Stewart Staff Writer Brandon Twp.- Township officials are now stepping up the battle with state agencies regarding a controversial group home. Kathy Thurman, township supervisor reported to the board of trustees on Monday that a meeting is set for next week with the Michigan Department of Licensing and Regulatory Affairs (LARA) and the […] 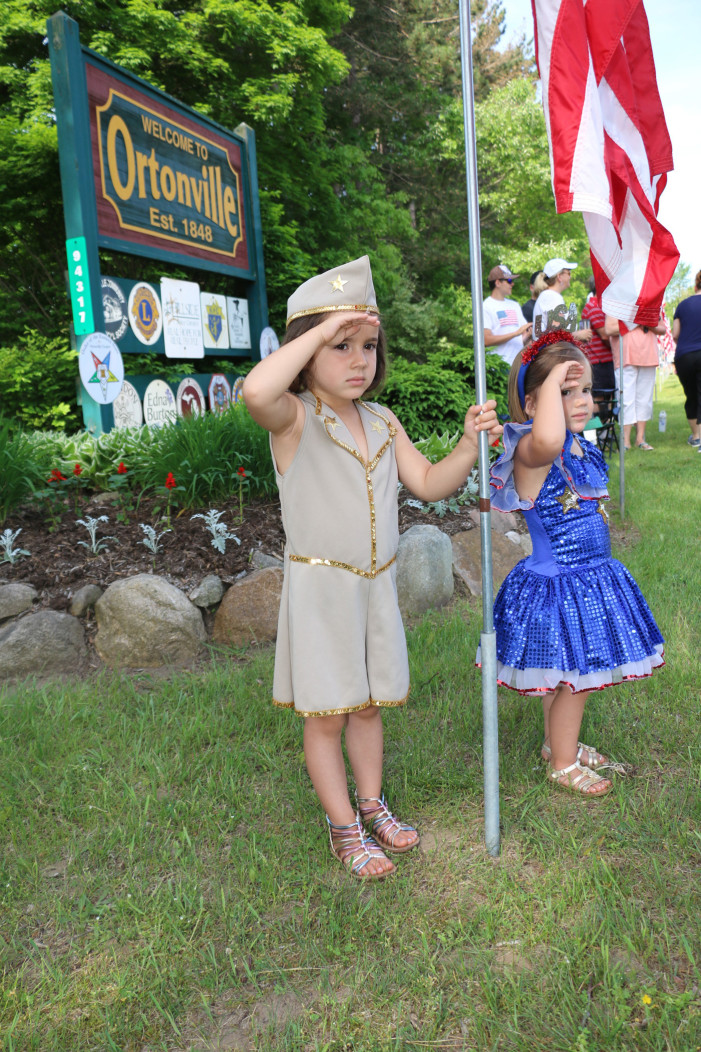 Jordan 5 and Alina Stoian 3, salute during the Ortonville Memorial Day parade on May 28. Photo by Patrick McAbee.

Letters to the editor June 2

(In response to Board doing their homework, a letter by Diane Salter, The Citizen, May 16, page 10). Letter unprofessional, disrespectful Dear Editor, It is with concern that I read the article from Brandon Schools Board President. As an educator for 40 plus years I found the letter to be unprofessional and not fitting of […]

By Shelby Stewart Staff Writer From the Beatles to Elvis to Chicago—pop music has been a cultural fixture for decades. On June 6, the Brandon Township Public Library will host a presentation on the history of Pop Music, given by Aaron Krerowicz. “The gist of it is that music is often hierarchical,” said Krerowicz, who […]

A brush with fame: Area make up artist craft soaring

By Shelby Stewart Staff Writer Alexandira Bishop’s many faces has launched her near the top of the world make up. “It started when my sister and her husband asked me to do their Halloween make up,” said Bishop, a 2011 Brandon High School graduate. “I’d never done anything like that before, and I fell in […]

By Shelby Stewart Staff Writer Three Brandon High School students are honoring a fallen deputy in a new way. Recently, a photo of Deputy Eric Overall, who was killed in the line of duty on Thanksgiving 2017, made up of student photos was hung in the cafeteria, along with a decal that says ‘Never Quit’. […]

Nancy “Dutch” Ellen Olszewski died on May 17, 2018. She was 85. She passed away in Santa Cruz County where she lived with her daughter Holly Heffner. She is precceeded in death by her son John Bradford Babb. Nancy is survived by her brothers Michael Scahill, Barry Scahill and Bernard Scahill; children Dinah Guy, Holly […]