Letters to the Editor April 13

Thank you Lions Dear Editor, The Village or Ortonville would like to extend a heartfelt thank you to the Ortonville Lions Club for the replacement of a portion of the carpeting at Old Town Hall. Your contribution to the Village of Ortonville and the maintenance of our historic buildings is appreciated. Ortonville Village Office Staff […]

By Shelby Stewart Staff Writer The Oakland County Sheriff’s Office Brandon substation has a new detective. Paul Buhl, a former deputy, was recently promoted to the detective bureau. He has been with the substation since 2015. “I always wanted to be a police officer,” said Buhl. “It was kind of a childhood dream of mine.” […] 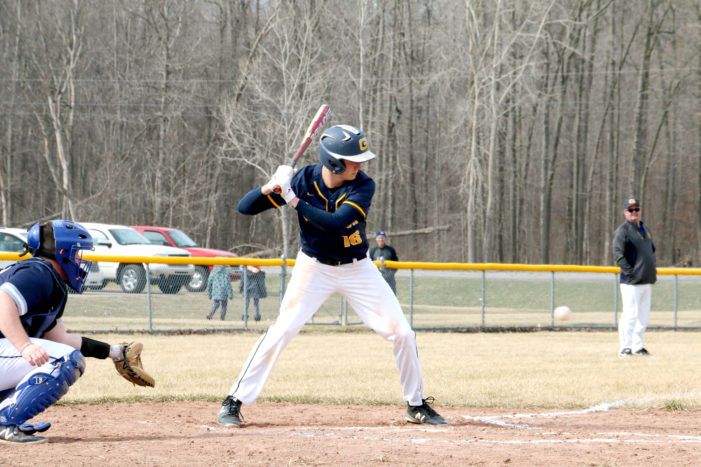 GHS Senior, Colby Phipps steps into a pitch Wednesday, at the Goodrich Varsity Baseball home opener. The Martians split a doubleheader with North Branch 3-1 and lost 2-1 in the nightcap. Photo by Patrick McAbee.

By Shelby Stewart Staff Writer At 6:30 p.m., April 16 the Brandon Township Public Library will be hosting Carol Waarala, who will be giving her talk on ‘The Dementia Umbrella.’ “Dementia is an umbrella term,” said Waarala, a retired hospice social worker. “It’s not a disease itself, it’s an umbrella term for a disease that […]

By Shelby Stewart Staff Writer Brandon Twp.- On Monday night, the township board made a resolution, 6-0, that they were in opposition to legislation that would allow township boards the option to have its elected offices appear as nonpartisan on the ballot. Trustee Kris Kordella was absent with notice. “Personally I am in the middle […]

By Shelby Stewart Staff Writer Brandon Twp.-The Brandon Township Library Board is seeking funds that were accidentally captured for the Downtown Development Authority (DDA) in 2017. On the yearly library millage, prior to 2017, a portion of the millage was captured and given to the DDA. Tax laws in 2017 changed, and this was an […]