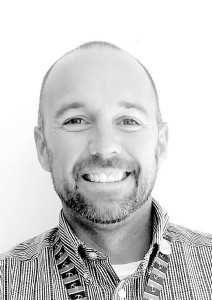 David Schmittou joined the district after leaving an elementary principal position in the Escambia County School District in Florida.
“It’s a large district, more than 50 schools in the district,” said Schmittou. “High needs, high poverty, hugs being given out very regularly.”
Schmittou says he was welcomed with open arms here in Brandon.
“The leadership team seems absolutely incredible,” he said. “The kid first approach is very evident. I love the size of the district where little things make a big difference. I’m excited to work with the people here, they’re so kind, warm, open and willing to accept a new face.”
He is a father of four, the oldest going into seventh grade and the youngest just turning 3 years old. He and his wife had moved to Florida to be close to his parents, who are retired in Florida, and wanted to take this position to move back home. He had spent the first 15 years of his career teaching and as a principal in the Milan School District, and before that received his bachelors degree from Central Michigan University.

“It’s ultimately where my passion is,” he said. “I do some consulting work on the side for leadership and curriculum alignment. I’m looking forward to working with the principals.”
At the Escambia District in Florida, they were ranked an F on Florida’s A-F scale for school districts when he started as an elementary school principal at Warrington Elementary School. Within three years, they had brought that grade up to a C.
“It’s four schools here, do you can make a big difference,” he said. “Curriculum alignment is important, I want to make sure what they’re doing in kindergarten will help them in 12th grade.”