Neal R. Reetz was born at St. Joseph’s Hospital in Pontiac, MI and grew up in Farmington Hills and 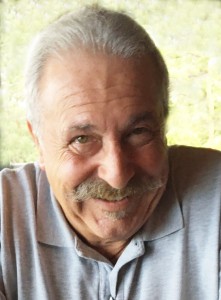 Howell. He was the son of Luther and Ellen Reetz, who preceded him in death. Devoted husband of Pamela (nee Matlock) for 50 years; father of Stephanie (Edwin) Thompson of Lake Orion and Christopher (Natasa) Reetz of Birmingham. Grandfather of Victoria (Kevin) Remus of Grosse Pointe and Zakerie Thompson of Lake Orion. He was expecting his first great-grandchild in June. Brother of Gail (Gordon) Nixon of Howell and Mary (David) Wood of Royal Oak. Also survived by many nieces & nephews. Neal was preceded in death by his sister Jane (Richard) Saul of Brighton.  Neal was a United States Army veteran of the Vietnam War. He retired from General Motors in 1997 and was the coach and President of the Brandon Bandits Wrestling Club and assistant coach for the Brandon Varsity Wrestling team. After retiring to South Carolina, he taught at Florence Technical College for 13 years. He was an avid golfer and enjoyed his last years golfing two or three times a week and loved working with rescued dogs. He had a special place in his heart for their rescue dog, Spirit. Neal was truly an amazing husband, father, grandfather and teacher who shaped and improved many lives. Friends may visit at Lewis E. Wint & Son Funeral Home, Clarkston on Sunday, April 8th from 3:00 p.m.-5:00 p.m. and 7:00 p.m.-9:00 p.m. Cemetery Service with military honors Monday, April 9th at 10:30 a.m. at Great Lakes National Cemetery, Holly.  In lieu of flowers, donations may be made to Salvation Army, Disabled American Veterans or Hilton Head Humane Society. Online guestbook www.wintfuneralhome.com