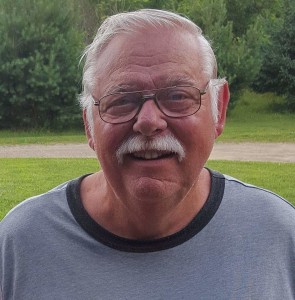 Bob proudly served his country in the U.S. Army Infantry, during the Vietnam War.  He married Diana Lee Smith on June 24, 1967, in Port Huron, Michigan.  Mr. Reckwald worked over 30 years for General Motors retiring in 2002, he was first at the Pontiac Motors Plant, than the General Motors Assembly Plants #5 and #6 in Pontiac.  Bob enjoyed building things… especially alongside his son-in-law.  After retirement from General Motors, he worked with his son-in-law, roughing house and recently installing cabinets.  Mr. Reckwald was an everyday “regular” at Tim Hortons, he had many many dear friends there.  He made it a point to visit as many Tim Hortons around the state as he could, always making new friends in his travels.   Bob enjoyed camping and  taking trips to the Mackinac area.
Mr. Reckwald is survived by his wife:  Diana Reckwald of Metamora; children: Donna (Brad) Medellin of Lapeer and Robert Junior Reckwald of Davison; grandchildren: Ryan and Nicole; siblings: Laura (Tom) Carter of Alma, Shirley Reckwald of Wyoming, John Reckwald of Mackinac, Jim (Jessie) Reckwald of Florida and Norman Reckwald.  He was preceded in death by his parents: Alba and Norman Reckwald; and grandson: Steven Tyler Medellin.
Memorial contributions may be made to Wounded Warrior Project, P.O.Box 758517,  Topeka, Kansas 66675 or American Cancer Society, 2413 S. Linden Rd., Ste. A, Flint, Michigan 48532.
Cremation has been entrusted to Muir Brothers Funeral Home in Lapeer.  A memorial service to honor Bob’s life will take place at a later date, please check  www.MuirBrothersLapeer.com for service information as it becomes available.  Condolences and memories may be shared at www.MuirBrothersLapeer.com.